He wasn't noticeably worse than Cassel though.

We can now say that the Kansas City Chiefs aren't any good whether it's Matt Cassel or Brady Quinn at the helm. Quinn didn't look worse than Cassel which is about all you can say about him in Sunday's 38-10 loss to the Tampa Bay Buccaneers. 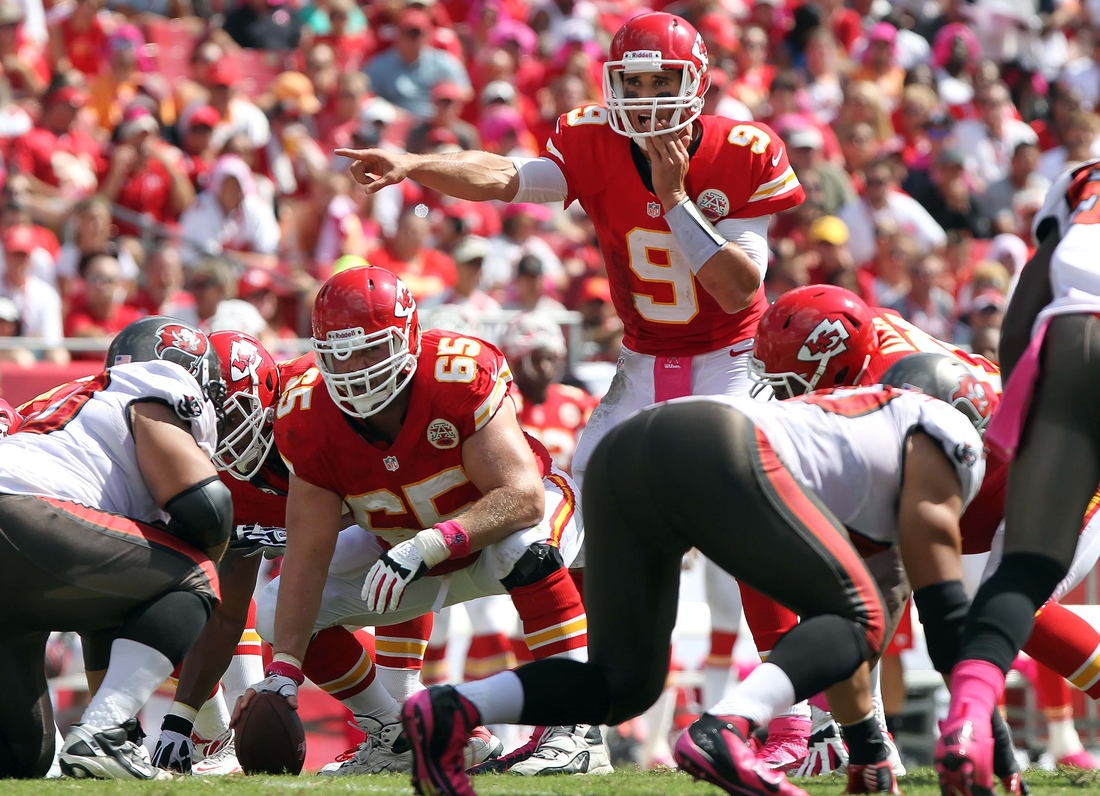 Like Cassel, Quinn's favorite target was Dwayne Bowe, looking his way nine times. Bowe finished the game with 21 yards on only three receptions though. His longest reception was for...eight yards. Dexter McCluster saw eight targets from Quinn, catching six of them for 39 yards. The leading receiver in this game was Steve Maneri. Yes, the offensive tackle who converted back to tight end led the Chiefs with 45 yards on four receptions.

Quinn wasn't the only reason the Chiefs lost but he wasn't part of the solution either. KC Chiefs head coach Romeo Crennel said after the game (audio via 810 WHB) that Quinn "commanded it pretty nicely."

"He was a little rusty with his throws," Crennel said. "He's not as sharp as he needs to be. Like I said, it wasn't his fault. It was a team thing and everyone was involved in it."

So, the Quinn era is not much better than the Cassel era.