His Dirkness with a different point of view on the Kansas City Chiefs week that was.

Share All sharing options for: Chargers vs. Chiefs: The best and the worst

Don't worry Chiefs fans, you are not alone today.

I feel like I might need to break up with the Chiefs. Things are getting awkward between us. They don't bother showing up for games anymore, without so much as an explanation. They'll disappear for weeks at a time, only to come back reeking of spoiled Gatorade and dispossessed candy bar wrappers.

I mean, I have needs too! Every Sunday I ask for three hours and seventeen minutes of peace. My people and I, we come together. We forget all of life's surrounding problems. We support our men. We get happy and we cheer. Or at least, we used to.

But when I'm not provided this, I get angry. I demand answers. Then I see how natural it comes to other teams and their fans. And then I get sad. It's a perpetuating roller coaster of negative emotions.

This is what Dr. Drew would refer to as a "toxic relationship."

Things will never be the same between us. Deep down I realize this, but I'm not ready to admit it yet. I know this will be a long 12 weeks.

More ramblings n' such from that of a drunken sailor...

The Best And Worst With: His Dirkness 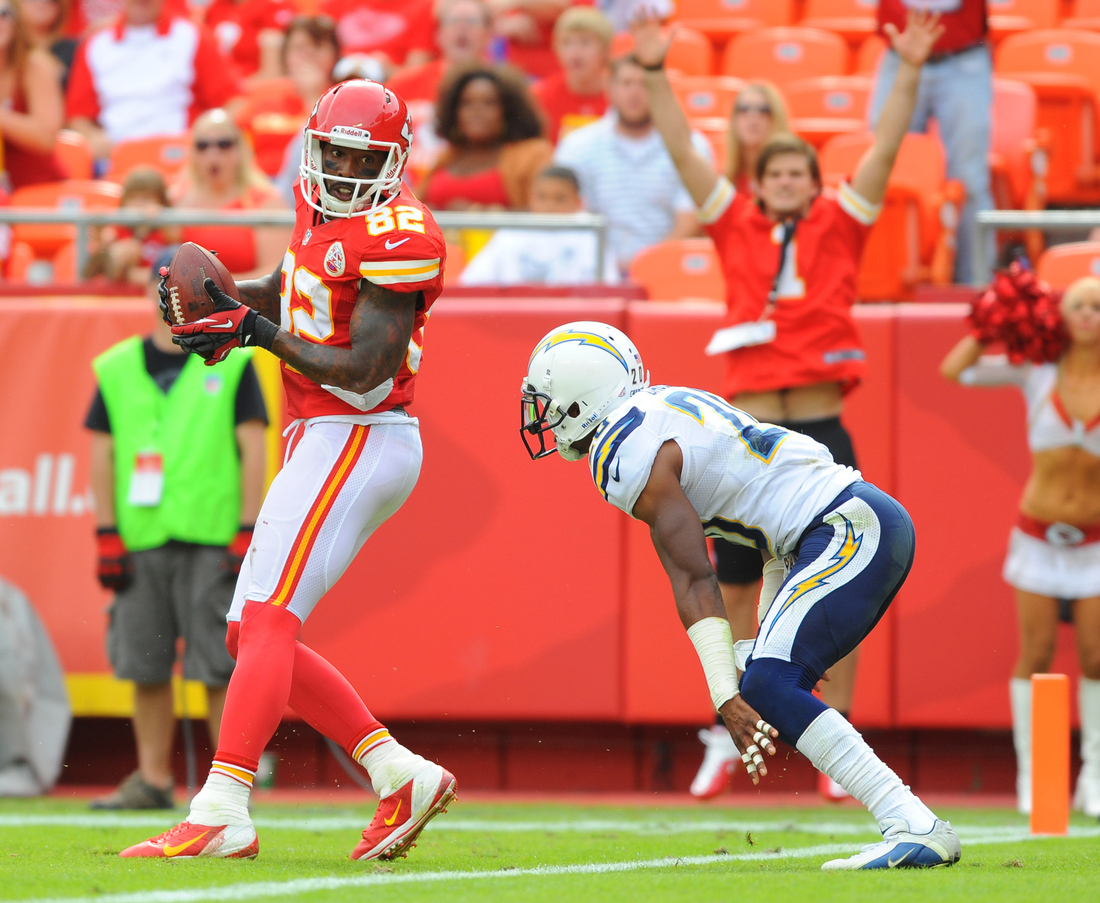 Worst - So I'm supposed to write a game recap of that? How? What is there to say? That was the least memorable Chiefs game I can ever remember. Or not remember. Or...whatever. I faintly remember something like 16 pass Iinterference calls (nothing new in the NFL). And a 360 spin-o-rama catch and hold from Dustin Colquitt (surely that was my imagination). And maybe even an onside kick in a three score game with under two minutes left (I'd want revenge for that if I had any confidence the Chiefs could do something about it). I made it through most of the 4th quarter and then took the sports equivalent to The Walk of Shame, a lonely, drunken stumble from my seat to my car in a state entirely void of emotion.

Worst - The game was over before our favorite edited lyric of The Star Spangled Banner echoed throughout the stadium. I've never seen a team fall apart that quickly to start a game. It was 17-0 before the Chiefs ran their sixth offensive play. The Chargers really didn't even need to play. Just show up and take your win, fellas. Here ya go.

Worst - Inconceivably, the Chiefs still had a chance to make it a somewhat compelling game yesterday. But in their three drives with a chance to cut it to one score, all in good field position, they notched only one first down. Worse yet, they concluded the final of those three drives (their last shot to win the game), with a run by a third string running back on 3rd and 14 that resulted in their sixth turnover of the game. Go ahead and read that last sentence again. And then bang your head on your desk.

Worst - These blowouts have become something of a tradition at Arrowhead Stadium (right up there with Jon Baldwin celebrating first downs while down three scores). This game left me feeling like Jerry Seinfeld after realizing he had paid his new maid for nothing more than sexy time - "What did I just pay for?" 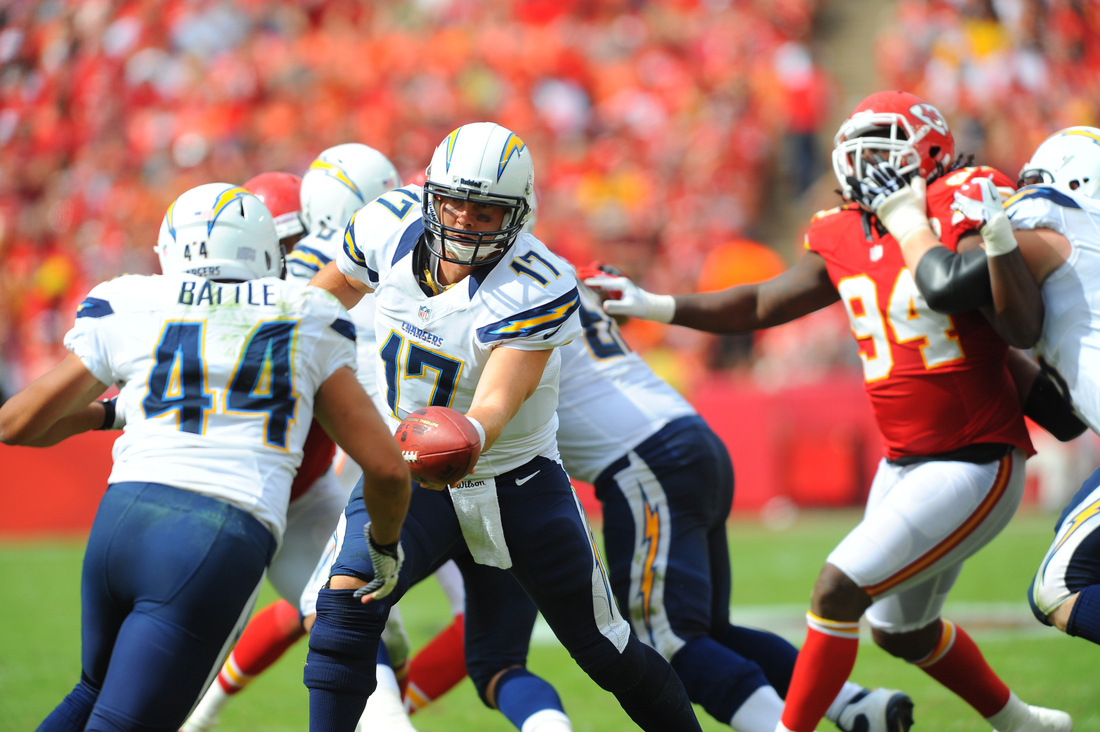 Worst - Do you think the Ravens approach next week like a normal game or will they rest some of their starters and treat it more like a bye week?

Worst - Scott Pioli. My, how the mighty have fallen. I've done my best to ignore the narrative surrounding the Chiefs' general manager, but no mas. Bill Reiter referenced it in his column today ("he's a general manager capable of sizing up talent the way he'd like reporters to believe"). Kent Babb tweeted this last night, after having this to say in an interview with The Pitch last week: "I've never covered anybody who cares more about what is written about him." Jason Whitlock coined the name "Scott Egoli" very early in the process. These are people closer to the Chiefs than me or you. They have the access. They know more. And I highly doubt they're ALL wrong about Pioli's priorities being out of whack.

Worst - The Chiefs actually had one player show up to work yesterday: Dwayne Bowe. And you know Pioli just can't wait to get rid of him this offseason.

Worst - Take a break from all this hatred, and enjoy this beautiful video. You deserve to laugh.

Worst - Romeo Crennel. I'd love to see an approval poll rating of his right now (it was at 41% last week). Does anybody actually think it was the right move to hire Carl Winslow at this point? His team has yet to hold a lead THIS SEASON (somehow this stat works despite actually winning a game). How could anybody make the argument that he's done a good job? Does he last longer than this year?

Worst - The people, they hate Matt Cassel. I'm not sure if I can cheer for him to succeed anymore. I realize this means the Chiefs have next to no shot of being competitive, but I just can't take it anymore. If he's brought back to start in 2013, I'm gonna go insane like Joaquin Phoenix in The Master. If Scott Pioli appeared to even momentarily consider the possibility of conceivably bringing back Matt Cassel, then Clark Hunt should fire him on the spot. Especially if his Columbus Crew just lost. 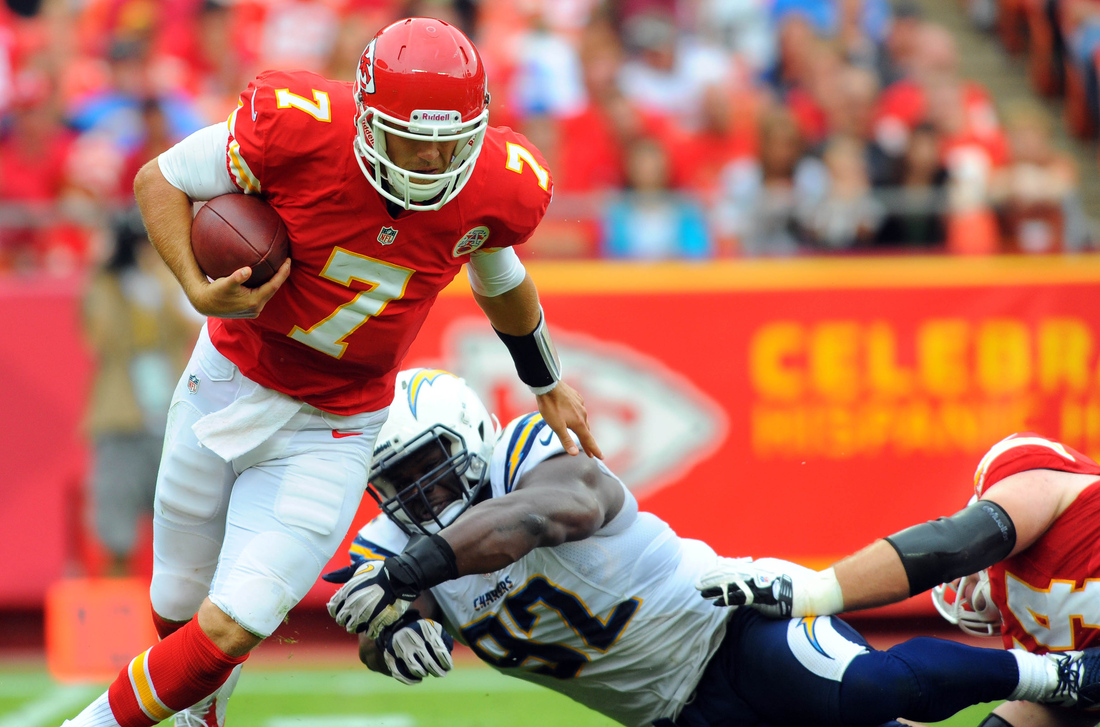 Worst - Cassel to Bowe. I dunno if I've ever seen a worse pass get officially recorded as a touchdown on the stat sheet before. I got the full enjoyment of the "connection" from my upper deck view, and it was something. Dwayne Bowe, in the end zone a good 10-15 yards behind any defender, was forced to stop, order his lunch, patiently await his misplaced order, run back for the ball, eat his lunch, and then out-jump a defender while paying simultaneously. Ladies and gentlemen, Matt Cassel's deep ball!!!

Worst - Eric Berry is the second most overrated player in the NFL (Vick, Mike). This isn't totally his fault, as one's perception is half the battle when determining someone's overrated-ness. Once considered a Top 100 player in the league, Berry's reputation is built largely on what he did in college, where he was drafted, and the potential he showed in a rookie season that was more shaky than Chiefs fans would like to remember. Is his knee to blame? Possibly. Again, this isn't all on him. It's simply his perception vs. reality. And some were saying he was poised to become the game's premier safety this season.

Worst - Jamaal Charles is the team's best player. And he has a fatal flaw in his game. Might be time to call up Tiki Barber, who solved this riddle once upon a time. 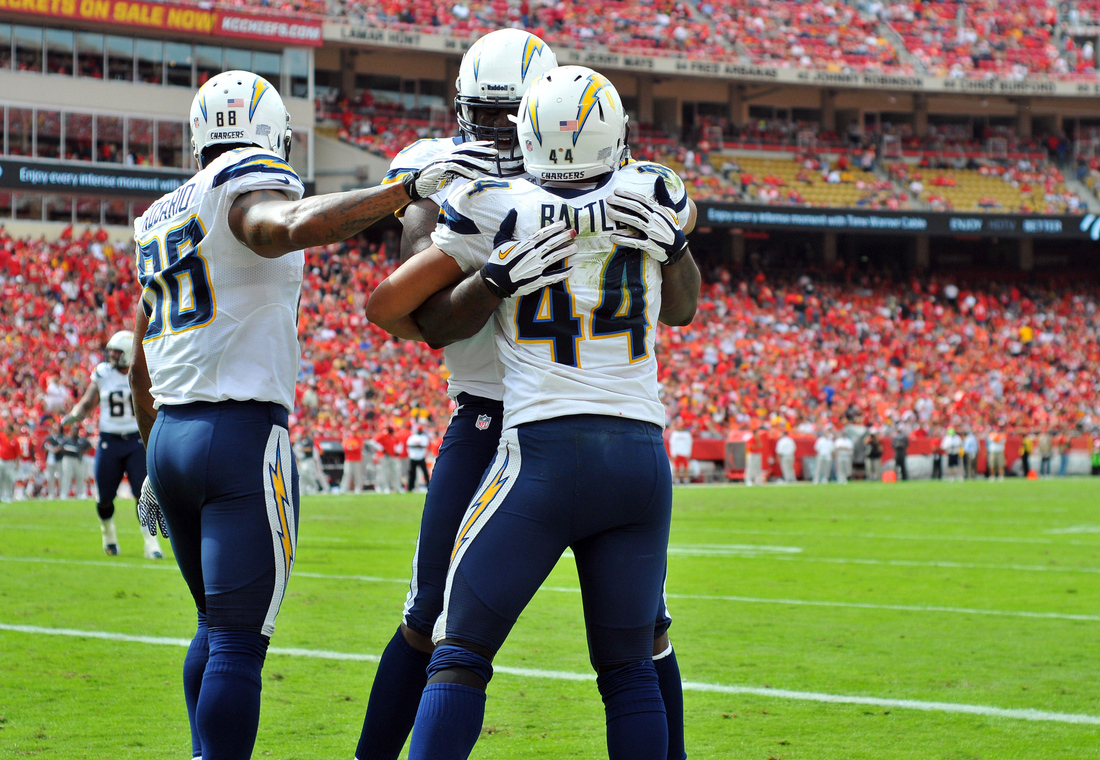 Worst - This was my first Arrowhead Stadium experience since Kansas City became overrun with personalized jerseys. Oy. Nothing says Chiefs football like a #69 Bubba jersey, right? Or a #13 Sean L. jersey (a blatant Sean LaChapelle shout out). How bout #99 Stan? Wow, what a terrible look on gameday.

Worst - Geno Smith was TOO good on Saturday. His video game numbers vaulted him to the top of the NFL Draft, alongside (the struggling) Matt Barkley. They both seem like locks for the top two picks come April, which I'd still be surprised to see the Chiefs earn the old fashioned way. And I don't think Pioli has the necessary fortitude to trade up.

Best - Will Shields. I'd like to take a page from Aaron Rodgers' book and apologize to Shields on behalf of the Kansas City Chiefs. It was a disgrace for the Chiefs to honor you during a game as pathetic as that. You were an all time Chiefs great, one of my personal favorites, and I will never forget you kicking Ray Lewis' ass on Monday Night Football in 2004.