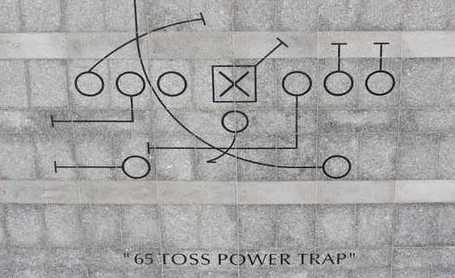 "I just prayed to the Good Lord that I'd have the strength and courage to play a good game."

A weary Len Dawson spoke these words in the Kansas City Chiefs' locker room Sunday night after receiving a congratulatory phone call from President Nixon from the Chiefs' 23-7 Super Bowl victory over the favored Minnesota Vikings.

Several influential newspaper and Web columnists, along with a squadron of talk radio hosts, almost unanimously have agreed that, sure, Crennel is a good guy and probably will be a good coach, but...

Why does everything else seem to be in chaos?

Why won't the Chiefs organization provide any concrete answers to critical long-term questions?

There is a strong sense around Kansas City that longtime Chiefs loyalists, willing to give the younger Hunt every chance to succeed in deference to his late father Lamar, have decided that five years of basically muddling along without any clear direction is more than enough.

Will Romeo Become The Next Victim? from FOX Sports Kansas City

Johnson was one of many players inside Kansas City's locker room who spoke out in favor of Crennel on getaway day, but the players also knew their support would only go so far.

"I think it's a great decision by the people upstairs," Johnson said. "I'm sure that all of the players are very excited and we kind of feel like we got what we wanted, so there are definitely no complains. It will be all open-arms."

Fan voting is currently underway on the Chiefs Facebook page to decide the team's top defensive play of the 2011 season. This year, fan voting will determine the order of 65TPT's Top-10 of 2011 lists.

Voting will stay open through Friday afternoon (VOTE HERE) before the Top-10 results are unveiled on KCChiefs.com Saturday morning (1/14/12). Next week, we'll open voting for the Top-10 Moments of 2011.

I would think the events in Oakland on Tuesday were duly noted in Kansas City.

But Pioli wouldn't be pinned down on when Chiefs fans could see the playoff win promise land again. The Chiefs haven't won a playoff game since 1994. Only the Detroit Lions, who lost their playoff game Saturday, and Cincinnati Bengals have seen longer playoff droughts.

"I came here to win games. I do believe in my heart, to my core that we are going to win," Pioli said. "I know we are. It is a matter of time. But I am not giving you an exact date."

Chiefs GM: 'We Are Going To Win' from KCTV5

The Chiefs played press coverage (Greg Jennings didn't play) and took the Packer receivers out of the game.

ESPN's Tim Hasselbeck doesn't think the Giants have the personnel to match up in press coverage all game.

"To look back and say they had this formula that no one else had is inaccurate," he says of the Chiefs' game plan. "Here's the other thing that people don't know: People say, ‘Oh, the Kansas City Chiefs, they're not any good.' Well guess what? Brandon Flowers and Brandon Carr are really good players. The Kansas City corners are better than (Corey) Webster and (Aaron) Ross. People don't know about them, but the reality is they're better."

Mangini was Crennel's first choice to join him in Cleveland as Browns coordinator in 2005, but Patriots coach Bill Belichick pulled a power play and swayed Mangini to stay with a promotion to defensive coordinator. Belichick made the move while competing in the AT&T National Pro Am Golf Tournament in Pebble Beach, Calif...

...If Pioli acceded to Crennel's wishes, the other stumbling block is whether Mangini would feel comfortable working under Pioli. Mangini still has another year on his Browns contract (at a reported $3.9 million) and is in no rush to take just any job.

Cleveland Browns' Draft Projections: Can We Hold Off, Please? from The Cleveland Plain Dealer

"My dad always said, 'You want something better,'" Bell said. "I wanted to do something bigger ... something different."

Bell certainly accomplished that by boarding an airplane for the first time and leaving the South for the University of Minnesota. As a Golden Gopher, the defensive end was a two-time All-American, played in two Rose Bowls and was part of the 1960 AP and UPI national championship team.

On Thursday night, Bell will be in Omaha to receive his 1962 Outland Trophy and looks forward to replacing the old plaque that hangs in the family room of his Kansas City home. Bell will be the former recipient honored along with 2011 winner Barrett Jones of Alabama during the annual Outland banquet at the Downtown DoubleTree.

Crennel's ascension isn't about the love he enjoys in the locker room. Compared to Todd Haley, Chiefs players would love Rich Kotite. Nope. This hire was about Scott Pioli's egoli.

Egoli believes he gave Haley all the tools necessary to contend for a Super Bowl title. If coached properly, in Egoli's mind, Tyler Palko should have been Kansas City's version of T.J. Yates.

Crennel was hired because he's willing to pretend Matt Cassel is a franchise quarterback, Tyson Jackson is the next Richard Seymour and the Chiefs don't miss Brian Waters.

Saints Have A Dirty Little Secret from FOX Sports

Jan Stenerud, a member of the NFL Hall of Fame and a former Minnesota Viking, hosted "Tailgating With Jan," as part of Know Your Stats. Stenerud, an affable Norwegian who began his career with the Kansas City Chiefs in 1967, got involved in Know Your Stats after his close friend, Mike Haynes, a fellow Hall of Famer, was diagnosed with prostate cancer. Haynes is the figurehead for the promotion, Hedgpeth added.

"When Mike told us about his situation and being diagnosed with prostate cancer in its early stages, we all knew it was a 'no brainer' to be screened on an annual basis because early detection is critical to survival," Stenerud said in a press release last week.

Now that the Raiders have fired Hue Jackson after one year on the job (what a place that is), here's a suggestion for Romeo Crennel.

It's Time To Bring Al Saunders Home from The Red Zone