Share All sharing options for: Ramblings of an Idiot: Triumphant Return Edition

Yea, that's pretty much how we all feel about it Matt.

Happy Tuesday night everyone. Week 1 is in the books after a double header on Monday night. My body is currently punishing me for staying up to watch every second tick off the clock when I knew the alarm would ring a 5:00 a.m.

Let me start off today with a personal note. Feel free to skip the next paragraph if you didn't notice that Ramblings of an Idiot has been absent for the last two weeks.

I've tried to keep the Thorman's in the loop concerning my work schedule the last couple weeks, but I haven't really attempted to keep the AP community informed. Let me apologize for the lack of a Tuesday column the past two weeks. In an attempt to avoiding talking too much about me and too little about football, let me just make a three sentence excuse. In the course of 14 consecutive working days I put in a little over 217 hours on site and about 15 more on paperwork and payroll at the office. My work places are a 40-55 minute drive from my bed, one way, so tack on another 24 hours of drive time. My dogs and my girlfriend haven't forgiven me yet. That's all I have to say about that.

Okay, maybe I can say one or two more things. First and foremost, please stop panicking. It's only one game, and there are 15 more to go. If the team passes the point of no return (loses enough games to be statistically eliminated from the playoffs before the 2/3 mark of the season) then I'll be right there by your side sticking pins in a Matt Cassel voodoo doll and reporting live on the scene with all the latest K.C. real estate market hubbub. Until then, please stop panicking. A lot can happen in 15 weeks; starting with a win over the Lions in Week 2 to bring the Chiefs to .500.

As Aiken pointed out in his earlier post, cracked ribs can affect a QB's ability to throw a ball, especially a long one. That's not an excuse for Cassel. It's just a fact. When you draw power for your throw by twisting and 'loading' your torso and then releasing and swinging/rotating at the waist to bring the power up through your legs into your body and out your arm, broken or cracked ribs can cause issues. Which, to me, is just another in a long list of reasons why your undisputed starting QB should not be on the field for more than a series or 2 in the preseason games. Had there been a QB controversy on the Chiefs roster, I would understand the logic behind giving the competitors extra snaps. There wasn't one, and Cassel should have been holding a clip board on the sidelines instead of being sacked and injured. The same logic applies for Tony Moeaki and his resultant injury. Whatever Todd Haley's goal was in keeping the starters on the field, it was a boneheaded move. Sit your starters on the bench and evaluate your team depth and rookie free agents. To steal a line from Geico: It's so easy a cave man can do it. 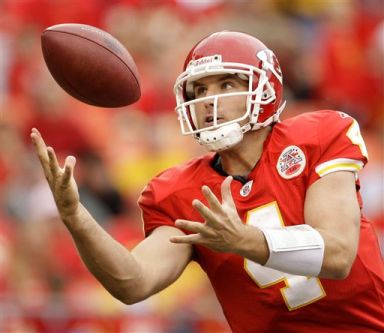 Turnovers: They killed the Chiefs like Achmed the Dead Terrorist. Silence! That appeared to be the instructions given to the crowd after Jamaal Charles added his fumble to the pile of inexcusable errors the Chiefs stacked up. It's a good thing they never passed that stadium rolling roof funding. Because if there had been a roof on Arrowhead on Sunday the towering heap of stupid mistakes, missed tackles, turnovers and whiffed blocks would have pressed against the ceiling with enough force to blow a hole in it. For a team that prides itself on its positive turnover ratio and it's QB's 27/7 ratio last season to commit that many mental errors in one game had to be embarrassing.

Murphy was clearly camping out on the Chiefs sidelines from the opening kick off all the way until the final gun on Sunday. Whatever could go wrong...did go wrong. Cassel sucked. Haley sucked. Charles sucked. McCluster sucked. Berry got injured. The O line sucked. The D line sucked. The tackling sucked. The TEAM sucked. That should about do it in the name of covering the reality of the situation. Oh, and the fans sucked as well for pouring out of the stadium like a red tidal wave starting at 1/2 time and continuing through the 3rd quarter. I know, I know... don't ever criticize the fans. I'm sure someone or 50 someones will blast me in the comments for saying that, but the fans ought to be as ashamed as the players on the field.

Here's the thing though, everything that went wrong is easily fixable. That's right, I said easily. Holding on to the ball isn't that hard to do, and I have confidence that it will be a focus all week long. The national media has referred to the Chiefs play as 'flat'. I prefer to call it apathetic. The team just didn't seem to care one way or another about getting fired up for a game. I'm not sure if Haley spent time and effort trying to calm his players down instead of charging them up, but it sure looked like someone had handed out Quaaludes before the opening kick off. Getting the players fired up for a game isn't hard either. It just has to be a priority for the coaches as well as the locker room leaders. A fire in the belly of the defense has a strange way of making slamming into a running back look more like a brick wall stop than a bowl of jello jiggle. 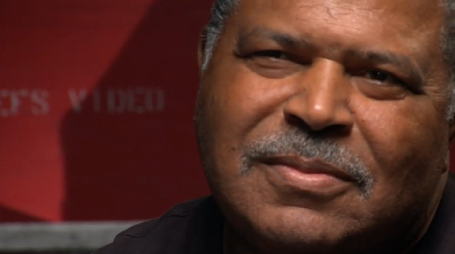 Eric Berry will be missed, but he was a rookie last season and someone else is just going to have to step into his place and play. We may have to play more nickel and dime coverage, or bring in a fifth linebacker to stuff the box and blitz in place of Berry from the safety position. Romeo is a smart coordinator. I'm sure he's more than capable scheming his way to covering the apparent weakness on the field.

One thing that disappointed me was the poor play of the offensive center. Casey Wiegmann LOOKED like the 'old man' in the NFL that he's actually been for the last couple seasons. Since Matt Cassel is having so much trouble getting protection, perhaps he should call out his own blocking assignments and the Chiefs should inject Rodney Hudson into the line up sooner than they had originally planned. How much worse could he possibly be? (Please don't let Murphy answer that vs. the Lions)

The Chiefs are going to be okay. The sky isn't falling, and the season isn't lost. Everything that appeared broken on Sunday is fixable. In a way we're lucky (wait for it......). We're lucky that this debacle of a game happened in week one of the season. Plenty of teams start out slow and don't hit rock bottom until mid-season, when they can't do anything to save their year. The Chiefs came out in week one and immediately dropped into a pit of ineptitude with so much speed and force that we cracked the stones in the depths of the well. As awful as the Bills game turned out, we've got 15 games to turn it around for a second consecutive division title. Go CHIEFS!