The Kansas City Chiefs will host the St. Louis Rams this evening in the annual Governor's Cup which means it's time for our annual St. Louis bashing thread. We've done this a few years in a row -- 2008, 2009 and 2010 -- so it's kind of a tradition.
So with that said, I present to you the top 10 reasons St. Louis sucks.
10. The crime level is comparable to Detroit. Yes....Detroit.
9. St. Louis style pizza actually is a great metaphor for the city itself: bland, unfulfilling and makes you want to never experience it again.
8. Toasted ravioli is a big claim to fame in STL. Seriously. It's just ravioli and the "St. Louis style" added to it is toasting it.
7. The Rams play in a dome. That is all.
6. You could ban tailgating at Rams' games and absolutely nothing would change on game day.
5. They don't number their streets like Kansas City does. Try driving around that concrete jungle without numbered streets.
4. Baseball is more important to St. Louis than football.
3. The only championship St. Louis people will see this year is KC high school football teams, including Rockhurst, beating St. Louis teams in the state championships at "The Ed".
2. The Arch. Seriously, what's the point of this thing?
1. Finally, the biggest reason St. Louis sucks....because Axl Rose said so. 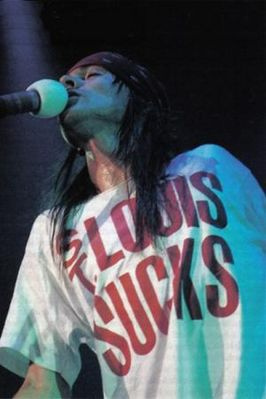