The sports world has gone crazy.

The NFL owners have locked out the players. The NBA owners are following suit. It has been a weird sports year. Super Bowl patrons bought invisible Jerry Jones seats inside his punt friendly dome in the city of Dirk. That's right, you know it is a crazy year, when the crazy rich man that wins a championship in Dallas isn't Jerry Jones, but Mark Cuban.

One minute you're not trying to screw up your lines with Turtle on the HBO show "Entourage", the next you're celebrating championship kisses with Dirk. Congrats to Mark Cuban, someone give this guy an NFL team already, shoot, maybe we will get lucky and David (Walmart) will sell him the Royals team he forgot that he bought. Perhaps he can even buy the Kansas City Chiefs with Rush Limbaugh here.

Ohio State got so screwed up it lost Jim Tressel to resignation and virtually every player on the team. So much so that they are succeeding in getting Mike Vrabel to play Linebacker for them again... desperate times call for desperate measures. Does Mike Vrabel like free tattoos???

The city of Boston won yet another title (Stanley Cup)... okay, not so crazy. Don't you just hate Boston? I don't really hate them so much as I just want to go to the New England Patriots and steal all of their football team building talent for our own Chiefs. Wait a tic... this isn't 2009, it's 2011. The Kansas City Chiefs already did that.... oh yeah, carry on Boston, talk about apples and win championships. Hey, forget about it.

Speaking of forgetting, JR Hildebrand forgot the one rule in racing on the final lap in the Indy 500, (there is only left turns) and he crashed into the wall and the rookie lost to Joss Whedon, the epic creator of the series "Firefly." Some guy named Dan Wheldon wants credit too, whoever that guy is.

2011 sports stories, Turtle, Joss Whedon? Blinders why is your article called Replacement Chiefs? If you are just filling it with terrible humor, Maybe you meant Replacement Chiefs articles, since there isn't anything to talk about right now.

No, I propose we get crazy and guess who the replacement players will be for our Chiefs, and since those NBA stars are highly athletic and will be needing jobs soon. I might just see if any of those guys has what it takes to be 22 guys off the street.

Though that is not all. Kansas City needs an NBA team, and our poor destitute opposite of rich NFLPA are going to need jobs as well, and I am going to give them one. A select few from the NFL are going to be headlining the Sprint Center this season as our Kansas City _________

I am not giving you the team name yet, because first we have to fill out the Chiefs roster. It all starts at QB, and the NBA has lots of stars, but who can guide the Chiefs with shiftiness, passing skills, and the desirable new Tom Brady style hair.

Well it has got to be:

RB: Derrick Rose - This guy has the speed and skills to be a dominant player in the NBA - NFL.

WR: Lebron James - Pshhhht... Michael Jordan - Even at 52, I would take Jordan over James for the Chiefs. At least he is clutch and part of "The Right 22" or in the case of His Airness, "The Right 23."

C: Tim Duncan - This is a great pick, think of Todd Haley calling QB sneaks on fourth down. Nash would be able to run right underneath Duncan for 10 yards a pop.

SS: DeMarcus Cousins - You need a safety with a nasty streak, and who is better to replace Eric Berry then Cousins. I mean the guy had 58 more fouls than any player in the NBA last season. Hmmmmm 58 on the Kansas City defense... that just sounds right.

Think Todd Haley could win more than two games with this squad? If nothing else it would be cool to see how huge these guys looked in football pads. Talk about a tall team.

If the NBA did go with replacement teams, then one of those teams needs to be relocated to the the Kansas City Sprint Center. It is an NBA primed and ready location, and Kansas City needs a team. They need a name, an owner, a coach and of course a team that includes this guy:

SF - Tony Gonzalez - If Tony G. is going to get a ring in Kansas City it will have to be in the NBA. Make it happen.

PF - Antonio Gates - I hear this guy can play some basketball? Meh... it is what they say.

SG- Jamaal Charles - Jamaal Charles played KCALLTHEWAY in a pick up basketball game here. That is good enough for me, besides there is no way this beast is leaving Kansas City. Football or no football.

PG- Eric Berry - He can do it all, and he will not be leaving Kansas City either. I am pretty sure his brothers will be bench players for this team.

C- Rodney Hudson - NBA... NFL, it doesn't matter. When it comes to being a Center in Kansas City, regardless of the sport, this guy is the future.

Head Coach - Phil Jackson - If you are going to do it, you bring in one of the best coaches ever. Antonio Gates has been dying to read the Art of War. Bring on the "Zen Master." 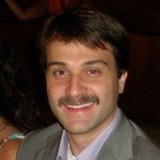 Chris Thorman - You know he is sitting on a mountain of cash, and tell me that an NBA team couldn't be sustained by that mustache. It is a match made in heaven.