Which way to the Super Bowl???

Share All sharing options for: Which way to the Super Bowl???

Thank you Google Maps.
Now that we have that established. It is time to talk Super Bowl in Kansas City. I am tired of talking about the NFL lockout. So for today only, the lockout is over. The players are in their pads practicing already, which appeases everyone, and NFL Football is on the horizon. Congratulations everyone!!! You made it through a superlatively tumultuous offseason. 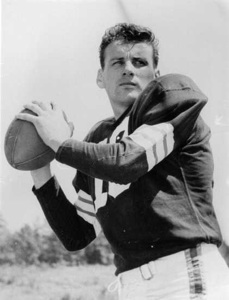 (Announcers voice)
Tell them what they have won Blinders!!!
Kansas City Chiefs fans, you have won the most formidable Chiefs team of the past four decades. A team destined to win it all. A team that will defy all logic, reasoning, understanding, and implausible schedules.
How did this happen?
Well it all started in 2009, when our owner Clark Hunt set off on a mission to build a winner. I envision it like this, with Clark Hunt going team to team asking this question.
Clark Hunt to the Pittsburgh Steelers: Do you Have any Super Bowl seeds?
Pittsburgh Steelers: No, but we do have these 6 Super Bowl victories if you want to watch them?
Clark Hunt: Sure, why not. Call me if you hear about any Super Bowl seeds.
Pittsburgh Steelers: Yeah, we will get right on that. Hey Clark, you want to smell our Lombardi Trophies?
Round and round the league Clark Hunt traveled until he reached the New England Patriots.
Clark Hunt to the New England Patriots: Mr. Kraft, do you have any Super Bowl seeds?
Mr. Kraft: Well, if it isn't little Lamar...
Clark Hunt: I am not little Lamar, I am Clark Hunt.
Mr. Kraft: Whatever... Super Bowl seeds? Well heck son, if I had some of those, I would use them. No, all I have is this guy named Scott Pioli whom thinks he can win championships without wearing a hoodie. It is bothersome really.
Clark Hunt: I'll take him.
And so it began. Scott Pioli came to the Kansas City Chiefs and turned a 2-14 mess into an AFC West Divisional Champion in two seasons. Defying all logic, reasoning and understanding.
Can Scott Pioli do it?
More after the jump...
First off, Scott Pioli brought in this man: 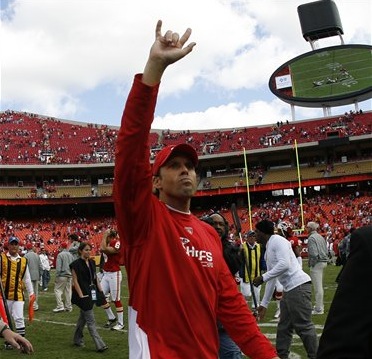 Todd Haley was a Coach just coming off a Super Bowl loss, after an improvable season as the Arizona Cardinals Offensive Coordinator. Looking back, it was a great hire by Scott Pioli, and a sign that he was going to do things his own way. A winning way. The Chiefs Way.
As a tandem, Scott and Todd have changed the culture in Kansas City. A team that was decimated by the Herman Edwards lackadaisical Football era. Having won just six games in 2007 and 2008 collectively, they went on to make about a million roster changes. It gave the 2009 Kansas City Chiefs a completely different look from a team that had just won 2 games and produced an NFL team record low: 10 total sacks in 2008.
It wasn't all bad for the roster that Scott and Todd were working with. During the Herman Edwards era, the Chiefs also received some legitimate talent through the NFL draft. In fact 2008 was one of the best drafts in Kansas City Chiefs history. Take a look from here:
Six starters, and two of best players in the NFL: Brandon Flowers and Jamaal Charles.
Scott Pioli ran into a team that has drafted at least one starter every season since 2005, and turned their 2004 Fourth Round Pick pick Jared Allen into a great trade which produced Branden Albert and Jamaal Charles.
For the past six seasons the Chiefs have added a few starters through the draft. Producing the likes of:
Followed by the 2011 Draft, again borrowed from here:
Between Scott Pioli's last two drafts there is a lot of Potential. Players like Dexter McCluster, Jon Asamoah and Cameron Sheffield still may come on and become regular starters. While the 2011 draft is looking like a gold mine so far. Jonathan Baldwin should start from day one, unless Todd Haley decides to be tough on him.
Building through the draft is how you win in the NFL. So what do the Chiefs have?
On Offense
The Chiefs have the foundation, and are coming off a stellar season that saw Jamaal Charles produce one of the finest seasons a running back can possibly have. They had a Pro Bowl QB for the first time since the exciting "offensive circus" Dick Vermeil teams were led by QB Trent Green years ago in Matt Cassel. As well as a Pro Bowl WR that led the league in Touchdown receptions in Dwayne Bowe.
They have an offensive line that led the league in rushing last season, and will be getting some youthful injections this season with G Jon Asamoah and C Rodney Hudson likely seeing playing time.
Tackles, Barry Richardson and Branden Albert are both going into their fourth years and underrated in the NFL. Almost everyone wants them to be replaced or moved to their 'natural position' to see them succeed. The Chiefs did not draft a tackle in 2011, and what they do in Free Agency will soon show how much they believe in these two young men. They are both outstanding run blockers whom struggle with pass blocking at times. However, with the addition of Jon Baldwin and a healthy Dexter McCluster. We will see Pro Bowl QB Matt Cassel not need as much time to find the open man. Which by default, will make these two look better in their pass blocking abilities.
This is a Super Bowl Caliber Offense, the addition of Jim Zorn should help Matt Cassel improve even more this season. Get ready for a show.
On Defense
The Chiefs have three of the best players in the NFL at their position: Eric Berry, Tamba Hali and Brandon Flowers. Everyone of them is dominant in what they do. Eric Berry should step up and be the leader of this defense in 2011, his improvement and comfort alone will change the face of this defense.
Eric Berry is special!
There are three other players on this team that borderline great in the NFL. All of them are underrated for what they bring to the table and should really come together as a unit this season. Those players are Derrick Johnson, Brandon Carr and Glenn Dorsey.
Derrick Johnson quietly had an All-Pro caliber season last year. He makes plays all over the field and for the first time since he was drafted was a consistent force in every single game. If he can keep that up in 2011... look out.
Brandon Carr needs to be re-signed. If the way he utterly dominated Brandon Lloyd last season is any indication of the future, then he will be making plays all the way to the Chiefs Super Bowl Party. Great job Brandon Carr, way to turn your head.
Glenn Dorsey is a beast. I don't get how people don't see it (the media.) One of the reasons for Tamba's success is because of the way Glenn Dorsey approaches each play. He plays with a Silent Rage that Chuck Norris would be proud of. When the Chiefs win the Super Bowl it will riding on this guys shoulders.
Romeo Crennel, Emmitt Thomas, and the Chiefs Defensive coaching staff can't be underestimated. They have finally taken a Chiefs defense and turned it into a tackling force. I can't wait to see what they do when they have new weapons: Jerrell Powe, Allen Bailey, and Justin Houston on the field with all of those other legitimate stars in the NFL.
I see this defense taking a big step this year. A "Super Step" if you will. If you look at the difference between the 2009 defense and the 2010 defense. It was immense, if the Chiefs can make a similar jump against some of the best teams in the NFL in 2011. That will mean one thing... This team is scary good.