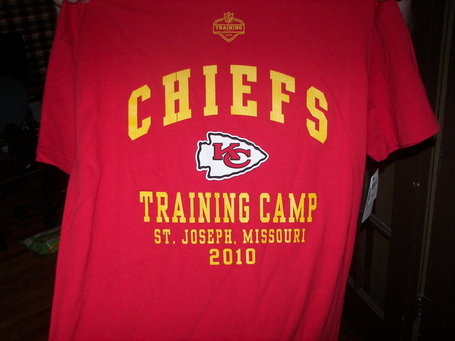 Not every fan is the same. There are in fact different classes of fans. There are a lot of factors that play into being what kind of fan you are. This may include age, team, time, and money. I have friends in every category that I am posting.

These groupings are my personal opinion and are up for debate. Which one do you relate with more?

1. Hardcore Fan: These fans will be out supporting the team during the harshest of temperatures. They will get into actual fist fights with those who oppose their beloved team. They will go to extreme links to watch the team—nothing will get in their way.

2. Semi-Hardcore Fan: These fans aren’t as extreme but WILL watch their team. They will buy any memorabilia with their team’s name on it. You might even find some people in this group who will get tattoos of their team’s logo.

3. Casual Fan: These fans love their team but really don’t follow them obsessively. They will try to watch the games but if not no big deal there are highlights. You will find some old jerseys in their closets.

4. Fair-Weather Fan: These fans mostly like the Chargers. I know, bad joke but you get the idea. These guys only admit to liking their team when they are doing well. If their team isn’t doing well then surf’s up!

5. Bandwagon Jumpers: Who Dat? Mostly Packer fans this year. A couple years ago I never saw so many Saints fan. In fact I never knew the Saints had a fan base. My father-in-law is the pure definition of bandwagon fan. He liked the Rams when they won the SB that year with Warner. He then moved from Illinois to Missouri. Guess what? He liked the Chiefs because he moved down here. He then moved down south and started to like the Falcons. This year he moved back here to be closer to us. Now he is a Chiefs fan again. Coincidently, a year when we are starting to do good again.

I would love to say that I am a semi-hardcore fan. Yes, I’m talking about sports here. I have to admit that I never been to Arrowhead. However, I watch the Chiefs every time they play no matter what. I have actually traveled a few hours to find a game. I have to buy everything Chiefs as you see in the photo above.

I was recently on vacation at Wisconsin Dells with my family. I was surrounded by more Packers stuff than I would have liked. There were a lot of sports stores that were opened minded though. I bought a red glass bottle with the Chiefs logo on it. The glass bottle has Christmas lights inside that you can plug in to make the bottle light up. It also has a little Chiefs helmet as the cap for the bottle. I’m really not sure what I’ll ever do with a lighted up Chiefs bottle. I do know that I’ll never see another one again. I’ll post a picture of it with my Friday post.

I did talk to the person working the sports store counter. She said that she has gotten a lot of requests for Chiefs stuff over the last few years—even when we were doing horrible. That is amazing since we are pretty small market and it being in Packers country. That just goes to show you how much Arrowhead Pride there really is.