Wrapping Up The Strangest Story Of The Year

Share All sharing options for: Wrapping Up The Strangest Story Of The Year

However, it is important that my client make its position clear on this matter. My client was in no way involved in the design of the offending marketing materials or in the actual event at Club Play in Miami, Florida. My client merely licensed its mark "EXXXOTICA" to the club and its promoters for the event in question. While it was indeed billed as an "Official EXXXOTICA After Party" my client had no part in choosing or providing any of the various photos for the marketing materials including those of the various players in their NFL uniforms. Who provided those photographs remain a mystery to my client. My client merely provided a digital image of their mark, "EXXXOTICA," to the promoters and nothing else.

So there's the expo, which is saying they didn't do anything wrong, and then there's the party promoters, which used the images incorrectly while promoting the after party -- two different things.

This should wrap it up for probably the strangest story this offseason, maybe all year. Let's just hope no other players are featured in their uniform in a way that would violate the league's rules. 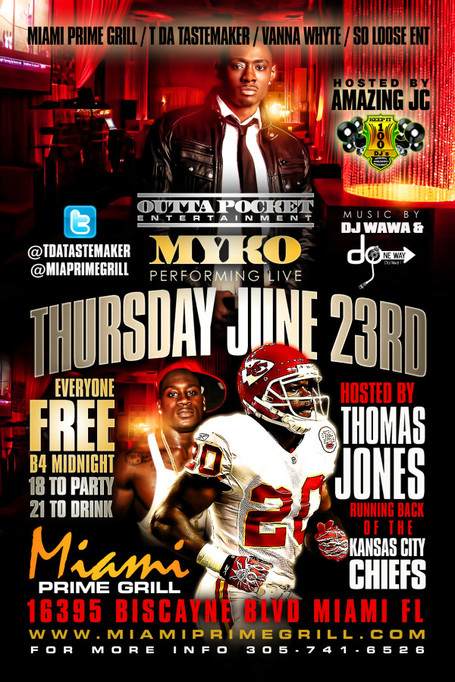