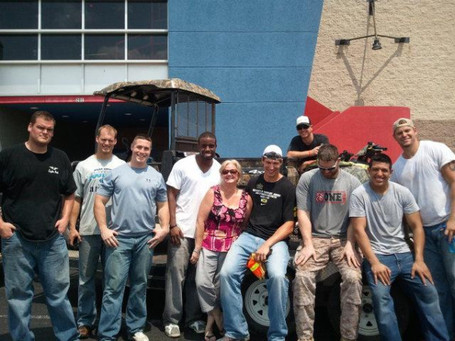 We've had several stories regarding the Kansas City Chiefs involvement in the Joplin tornado relief efforts. First, it was the organization announcing a cash donation and rounding up bottles of water and other supplies needed to support the rebuild in Joplin. Second, it was QB Matt Cassel and WR Jonathan Baldwin heading down to Joplin together to lend a hand.

As it turns out, there were quite a few more players who went down and helped.

The photo above comes from the Disaster Response Team, who had some help from these Chiefs players. Obviously, not every Chief that's helped out in the area in the last week has been recognized. Some of our readers who have been in Joplin have noted various Chiefs down there so I'm glad to see the red and gold is represented well.

It looks like this group was in Joplin on Wednesday.