Madden '12 hasn't been released yet but the folks at Pasta Padre are building a little excitement for the Aug. 30 release date with some photos of the first round picks in the 2011 NFL draft.

(Note: These photos are actually from Madden '11 -- not '12 -- with this year's first round picks worked in but you get the idea.) 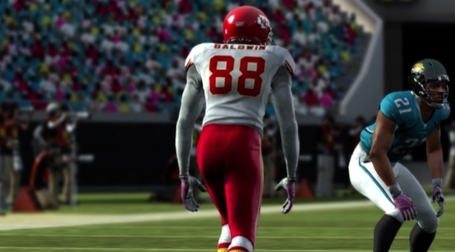 And, as we learned the other day, No. 88 is NOT officially his number. Baldwin said via Twitter he wanted that number but the Chiefs are actually the ones who assign it to him so the official word will be coming through them at some point in the future.