The Kansas City Chiefs efforts to help those affected by the tornadoes in the Joplin and Kansas City area have stretched worldwide -- literally.
I noticed the Chiefs PR department tweeted out this picture recently: 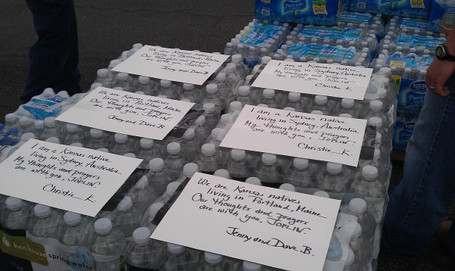 The bottles of water are coming all the way from Sydney, Australia.
Incredible.
The other day we requested that readers send us in some photos of the scene at Arrowhead Stadium, where they are collecting bottled water, among other things for the Joplin tornado, and one reader -- we'll call him L Dub -- sent in several photos.
"I got there around 12:30 and there were already 8 pallets full," reader L Dub said of Tuesday's efforts. "KC Wolf was there helping the Red Coaters unload the water and the Cheerleaders were there handing out 2010 yearbooks and 2011 calendars. It was very well organized and everyone there seemed excited to be able to help. It felt good to be able to help in my small way the victims of this terrible event."
We salute you, Mr. L Dub, as well as the hundreds (or thousands) of others that contributed. Members of Chiefs nation were affected by this event and folks stepped up to help. Unfortunately, the hard work is just beginning and it won't be over for weeks, months and years.
After the jump, I attached some photos Mr. L Dub sent in to us of the scene at Arrowhead on Tuesday. 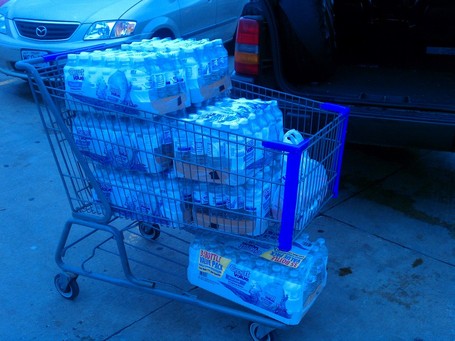 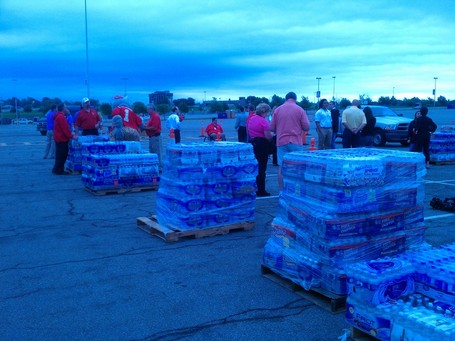 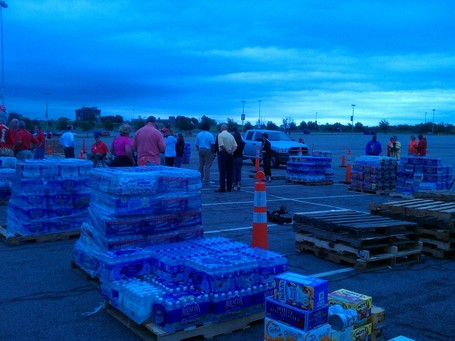 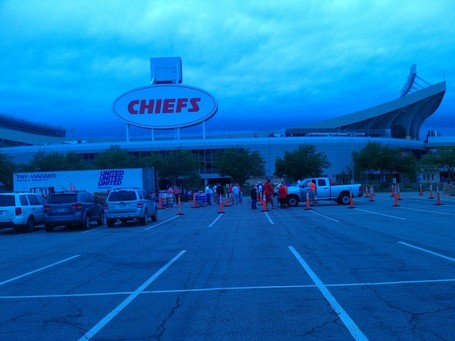 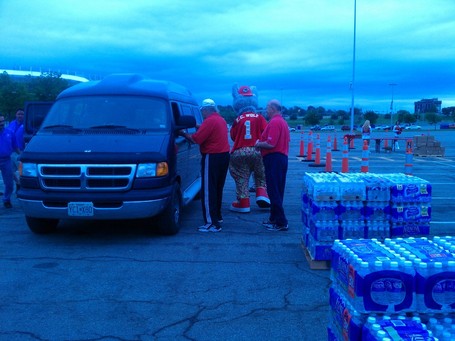