Before the draft I wrote this. Basically, it's a post stating that I believe our defense is somethings special. Needless to say, I was quite thrilled with our draft. It had me saying 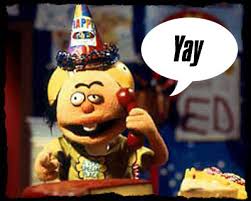 Today, I'm going to explain to you why Justin Houston and Jerrell Powe will be more important than any other new Kansas City Chief (with a little Allen Bailey on the side), and why we're not just close anymore.

Here's a disclaimer. I'm not an idiot. Well, ok, I am sometimes. Actually, quite a bit. Now that I think about it, I AM kind of an idiot. Whoa, major life revelation...

Anyways, what were we talking about? Right, the Justin Houston and Jerrell Powe! I'm back with you now. Here's the deal... I'm completely aware that no draft pick is a sure thing, and this whole post is about potential and optimism. However, since that's not nearly as fun to read about when approached that way, I'm going to treat these opinions as something approaching fact. Get over it. Seriously... Please?

Let's get started. I told you all before that we're a NT and SOLB away from being a special, dominant defense. And what, oh what, do we have here?! 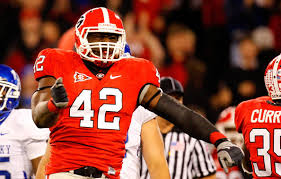 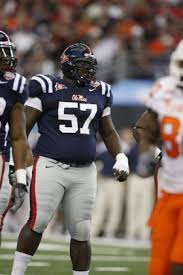 As you may imagine, I'm flying hiiiiiigh right now. Figuratively, Arrowdread. Don't get excited. Of course, as always there are those who don't believe. And they've got a point! After all, both of these guys dropped further down in the draft than they should have, and that almost ALWAYS happens for a reason. However, I'm going to break down for you why we're not just close anymore on defense... we're there (personnel-wise, at least). We are ready to have a dominant defense.

Let's start with Justin Houston, shall we? Since we took him and well before, many people have discussed whether or not he could play SOLB in our system because of his perceived inability against the pass. Well, allow me to present just one boring scouting report from the interweb.

His coverage skills are raw, but he shown some promise with his ability to effectively read and react to routes. He does a job of locating the ball and getting himself into position to make a play. He efficiently reads quarterbacks’ eyes and slides in zones with finesse and confidence. Clearly, his forte is rushing the passer, but he has the potential to play the pass as well with some coaching.

Now don't get me wrong, this by no means that the guy is ready for the pro's in coverage. I'm sure it wouldn't take much time to find a scouting report that says the total opposite. Here's my point; it is by no means a consensus that Houston is a pure pass rusher. I've seen him compared to Tamba Hali quite a few times. Allow me to present to you the reasons I believe he has more potential in coverage (and thus as a SOLB) than Hali and many other potential OLBs who are drafted.

1) When comparing the workout numbers for the two, you find that Houston is both faster and quicker than Hali by a wide margin, as evidenced in their 40 yard dash (4.61 vs 4.87) and 3-cone drill (6.95 vs 7.28). That's a significant difference and is very representative how at even a heavier weight than normal (Houston was heavier in his workouts than he played in college so he could appeal to both 3-4 and 4-3 teams), Houston is considerably faster/quicker and thus has a better chance in coverage.

2) The vast majority of guys who are drafted to play OLB in a 3-4 system were exclusively DE's in college. Not so with Justin Houston. He already has a year of experience as an OLB. This tells you two things. First, he has more experience in coverage than almost any other potential 3-4 OLB does. And second, it tells me that Romeo Crennel has seen tape of him dropping back in coverage and liked what he saw. That gives me more confidence than anything else could.

You throw those things together with his elite ability to get after the quarterback, and what you have is our dream at SOLB. A guy who can hold his own in coverage and against the run (I won't even cover that here, suffice it to say you can look for yourself and find plenty of pretty good reports on his ability against the run) but also is a great complementary pass rusher, something we absolutely lacked last year. Now that's what I like to see! Let's move on...

Now for Jerrell Powe. What's that, you say? He fell because he's not very smart? He had a down year? A bad performance at the combine? Guys almost never fall that far unless there's a reason? Well, I'd like to have my publicity manager start off... Seriously though, you should be elated and I'll tell you why.

First off, dyslexia. It seems like there's been some confusion here, although a lot of it has been dealt with. Let me make this clear... there are thousands upon thousands upon thousands of people who have dyslexia in varying degrees. When handled correctly (you know, the way an NFL team will) it's not a problem. I've said elsewhere but I'll repeat it here: I know law school professors with multiple doctorates who have dyslexia. Our NT will be able to deal with it.

Second, the "down year". Here's the deal. After being asked to be a block eater and run stuffer in 2009, his coaches had him drop 25-30 pounds and attempted to have him become a gap-shooting style DT. Needless to say, this did not work out. Some here would call that trying to fit a square peg into a round hole. The bottom line for Jerrell Powe is this; the last time he was asked to be what WE need (a 2-down-block-eating-run-stuffing-bad-mother), he was the best in the business at it. Combine numbers can't tell you much about a guy's ability to do those things, but his game tape can.

In essence we picked the best NT available for what we need as a team. I couldn't be happier with that selection, and I won't be a bit surprised if he contributes right away.

There you have it. I said our defense was a good SOLB and NT away from having a shot at "elite", and what do you know, here we are! I'm going to leave you with one final thought about our draft and defense. 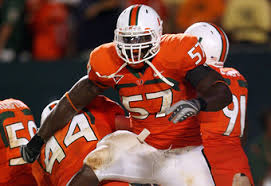 Allen Bailey was something of a mystery to many(including me), but let me be the first (well, OK, others have said it too) to say he fills a HUGE role for us. Remember how I mentioned we're in the nickel defense half the time? Well say hello to a man who can push the pocket next to Wallace Gilberry. Now we can feature this lineup when we go into the nickel.

How good does that make you feel about passing downs next year? I know it makes me smile at the thought of many an opposing QB running for his life. I'm telling you, there is almost no combination of draft picks that would have been more perfect for our defense than Houston, Powe, and Bailey. Life. Is. Good. We have arrived. 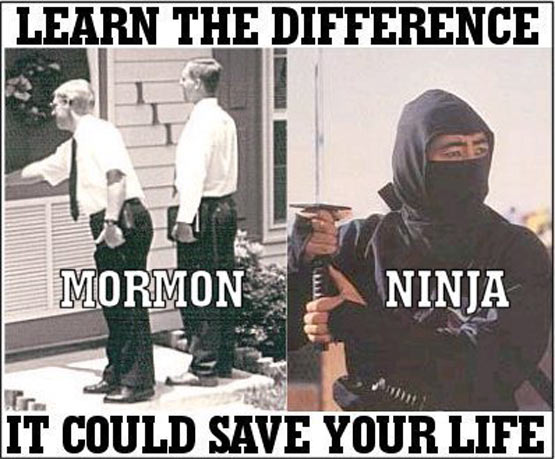