Yay, the draft! It's almost upon us, and we've got more opinions flying around AP right now than we know what to do with...

A lot of us want to address some fairly obvious holes on our team. NT, OLB, C, and WR seem to be the most popular targets, with RT not too far behind and even RB making an appearance from time to time.

Now all of those positions are indeed places where we could either use an upgrade or need to think about the future, and I'm not arguing with any of them. But if I'm Scott Pioli, I'm saying "screw positional needs", and going a whole different direction. 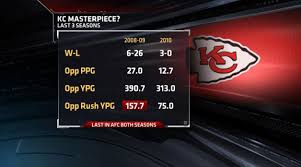 Now what does that picture have to do with the price of rice in China?

Simple; I think Scott Pioli should ignore our offensive needs in the draft and go with defense in the first threerounds.

Now, don't crucify me for not putting this in the weekly "mock" thread, because I'm not going to bother to put up an actual mock draft. I'm talking about overall strategy here. And I'm talking about building a team that can compete for the Super Bowl for the next half a dozen years.

The way to do that? Defense.

Look, I get it. We need a WR. We need a C to replace Casey Weigmann if he retires (and maybe if he doesn't). And Barry Richardson isn't exactly lighting the world on fire at RT. But here's the deal, I believe we are very, very, very close to having a special defense.

What does it take to have a great defense in today's NFL? Well, you need beef up front to stop the run, one elite pass rusher, several secondary pass rushers, at least one playmaking ILB ,and a solid secondary with one great corner and one great safety. In addition, you need to be sure you don't have any one position that is a serious weakness. When you take a look at our defense, you'll see we're not far off.

Great safety? I just KNEW Eric Berry would pay off.

solid overall secondary? Carr, Lewis, and Arenas are all guys who would log serious playing time on any team.

Playmaking ILB? Derrick Johnson, we KNEW you had it in you!!!! (OK, we didn't, but let's pretend we did)

Beef up front? Well, we're sitting solid with Dorsey and T-Jax/Smith (assuming Smith returns). But we're obviously missing a key ingredient here... which brings me to my point.

Where are we falling short? A consistent, solid NT. Secondary pass rushers (although we're half there with Gilberry), a big old (no disrespect) weakness at SOLB in Mike Vrabel, and a major coverage liability at SILB in Jovan Belcher. 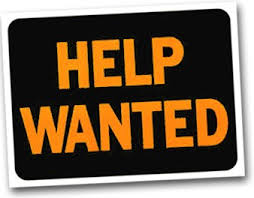 Here's the beauty of it... we could shore up every one of those weaknesses in one draft. We are CLOSE, man!

We've got the foundation for a great, great defense at every level. We've got a very good DE in Dorsey, a pair of Pro Bowl level linebackers, and a secondary that is absolutely rock solid at every position with Pro Bowl talent at both CB and S.

Our only serious overall weakness exists (unfortunately) at two very, very important positions: NT and SOLB. Now I'm not bashing Big Ron Edwards. I think he did a nice job for us, especially for a vet that was (again) asked to take on way too many snaps. But all you have to do is look at our numbers against the run as the year progressed to see that obviously something changed...

Bottom line is this; Big Ron needs someone to step in and take some snaps immediately, as well as get ready to take over for a full time gig. We get that done and get our NT play up to the level it was at in the first half of last year (while factoring in the continued improvement of Dorsey and T-Jax, who've done nothing but improve and are still very young), and we're looking at a top 5 run defense with one step.

Now SOLB... that's a little more dicey. Most guys available are tweeners who you don't know about. Can they play LB in the NFL, or will they be another failed conversion? However, I'd like to point out that for all the "we need to improve our pass rush" talk, we had 39 sacks last year, good for 11th in the league. That's not too shabby considering we had Tamba, Gilberry, and... well, pretty much no one else. The risk is worth the reward.

Throw in the fact that a new, young SOLB would be twice as fast as Vrabel and able to actually cover TEs and RBs one-on-one, and you've all of a sudden helped eliminate two major weaknesses with one stone (additional pass rush and coverage at LB). Now all of a sudden our weakest player on defense is Belcher, who is a decent player who struggles in coverage. Now that we've got two LB's who can cover, suddenly he can be protected. 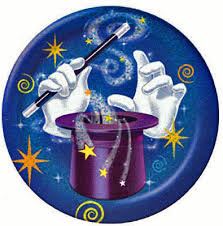 Suddenly we're a team with a top 5 defense, and one that has tons of youth with no "he needs to be replaced next year because he's got one foot in retirement" guys (seriously, no disrespect Vrabel and Edwards. Love you both).

You know when I said I wasn't going to post any type of mock? I LIED to you. If I'm Scott Pioli, I'm doing this...

Or any other variation that involves us taking a top-tier SOLB prospect and a pair of NTs within the first three rounds.

I know we need help on offense, but you know what? we can take a C in the 4th who can replace Weig's in a year. And we can grab a WR or two in FA.

Our defense is so close to being something special. It seems like a waste to not complete it. Thoughts? Am I crazy? Crazy like a... well, you know what my ancestry is.