Share All sharing options for: Wrapping Up Super Bowl XLV 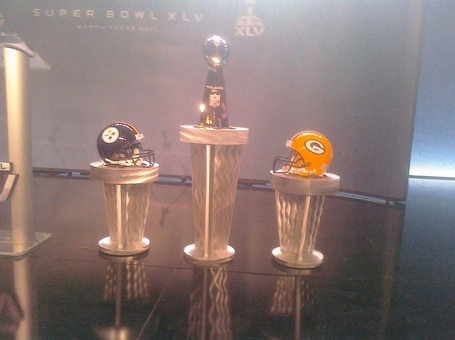 As I mentioned before, I'm just getting back to Kansas City from spending the week in Dallas for the Super Bowl. I took a very early flight, and didn't get much sleep, so I'm pretty tired.
Seems like a good time for an easy post like a bunch of photos I took this week. 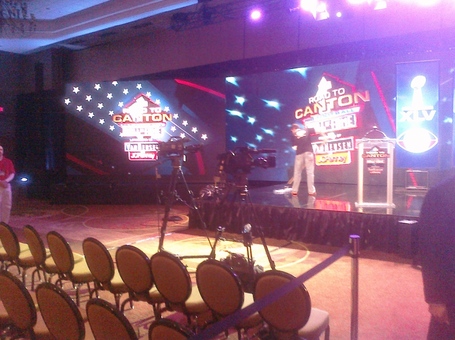 This was taken about a half hour before the live NFL Network broadcast of the Hall of Fame announcement. I was about 12 rows back. 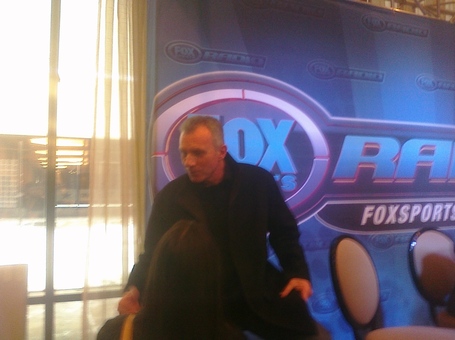 Yep, Joe Montana is still the man. He was trying to figure out his iPad before going on FOX Sports Radio. 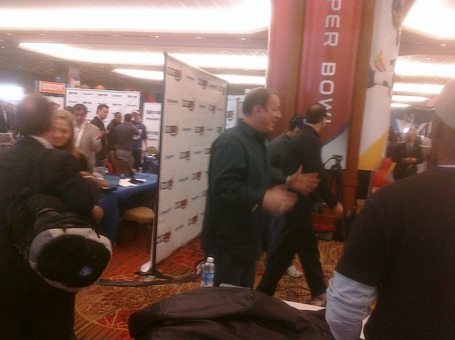 It's funny seeing Montana and former Bills QB Jim Kelly in the same day. Montana was the QB the last time the Chiefs won a playoff game. Kelly was the QB who got the Chiefs playoff winless streak started the following week in the AFC Championship game. 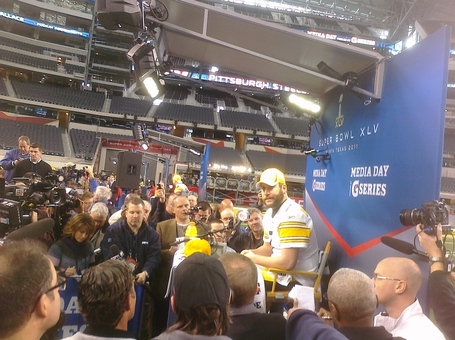 Ben Roethlisberger had more media around him than any other player at Tuesday's media day. 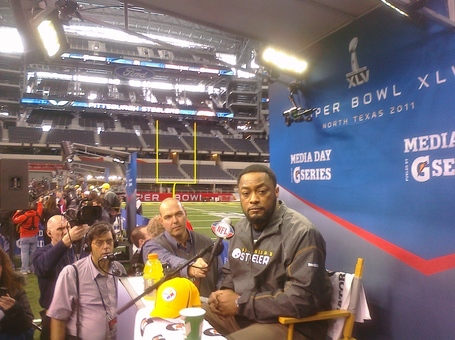 He can be intimidating. 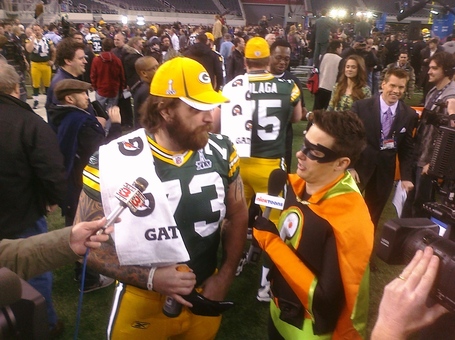 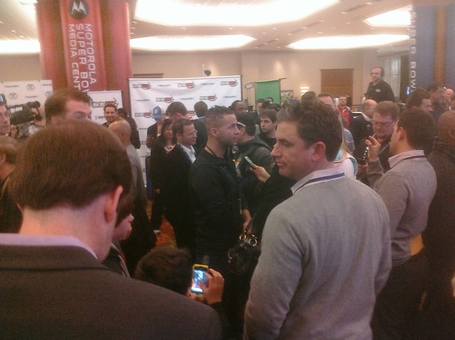 I shared this earlier but The Situation gets a lot of attention in Dallas. 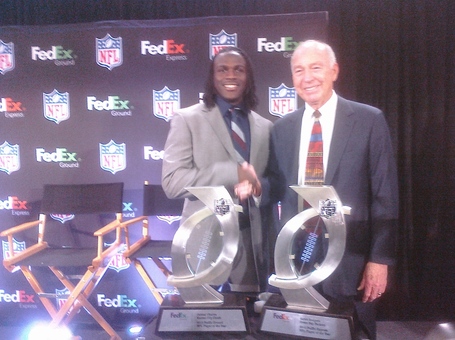