Todd Haley At The 2011 NFL Combine

Share All sharing options for: Todd Haley At The 2011 NFL Combine 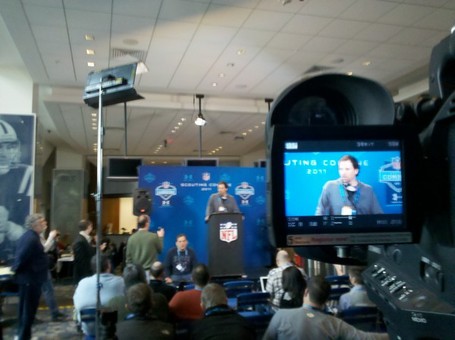 Kansas City Chiefs head coach Todd Haley just spoke at the 2011 NFL Combine. We'll have a full recap of what he had to say but, for now, check out the Twitter accounts of @JoshLooney and @MockingTheDraft who both jotted (or tweeted) down notes on what he had to say.

Looks like he touched on a lot of topics we've heard before -- leading the league in rushing, making progress, developing the coaching staff -- as well as some other things like the hiring of Jim Zorn.

After the jump I've got a couple of photos folks have tweeted out. 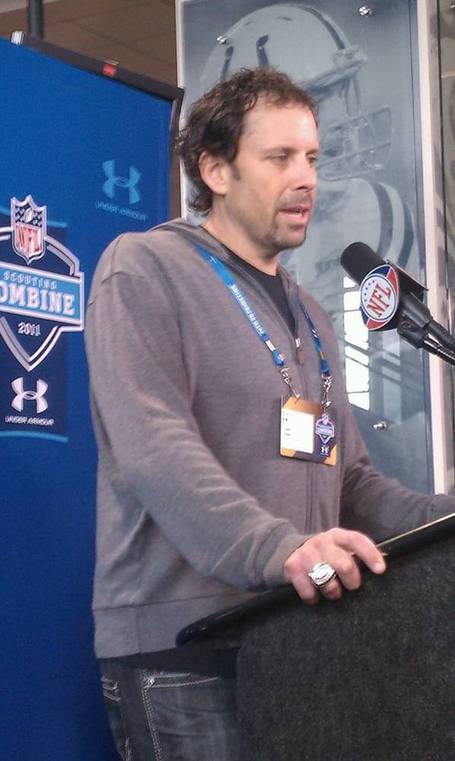 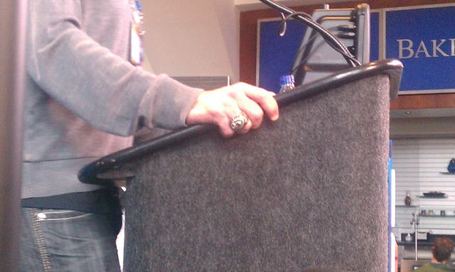