Raiders' Al Davis Is Number One At Something

Share All sharing options for: Raiders' Al Davis Is Number One At Something

We're not alone thinking that way (on both fronts):

According to the latest survey by E-Poll Market Research, 68 percent of the public gives Davis the thumbs down on likeability. The biggest adjective respondents apply to Davis: "creepy."

That 68 percent is tops in the NFL behind names like Michael Vick (No. 2) and Jerry Jones (No. 3). He is the No. 1 most disliked man in sports according to this latest research. Davis has always been an outsider relative to other NFL owners but the last decade he's taken it to another level with the Lane Kiffin and Tom Cable firings....and the subsequent press conferences: 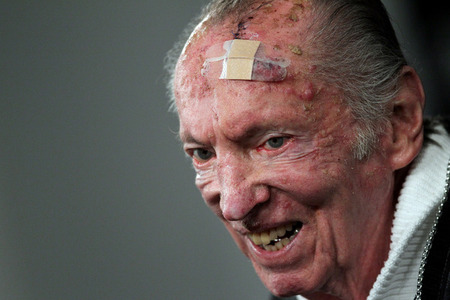 Honestly, I've started to feel a little sorry for the Raiders and their fans. Think of being a fan of that team and realizing that your future with Al Davis at the helm will likely continue making you the laughingstock of the league. That has to be crippling the fanbase of the franchise.