Ramblings Of An Idiot: Rush To Judgment

Share All sharing options for: Ramblings Of An Idiot: Rush To Judgment

It's been a late night at work for me, so today's piece is a short one. As many of you already know, I'm a defensive fan boy. Nothing would make me happier than for the next head coach of the Chiefs to be a defensive minded guy. Romeo has done a fantastic job of taking over the re-build that Pendergast started. The Chiefs defense has shown nothing but growth and improvement since Romeo took the helm. Inconsistency is still a problem for the defense, and the team as a whole, but every Chiefs fan (even the blind ones) can see the continued improvement the defense has made under the tutelage of Mr. Crennel.

There's a lot of buzz going around since the Packers game about Kyle Orton. Chiefs fans here on Arrowhead Pride as well as on talk radio, and dozens of other forums seem ready to dive into Orton's hot tub sans pants for the long haul. He had a great game vs. the Packers, throwing for 299 yards and zero interceptions. The Chiefs pulled off the biggest upset of the season while Orton tossed the ball around to ten different receivers. It was a great showing for Kyle, and a strong argument in favor of keeping him on the team in 2012.

But....It's not time to take the plunge yet.

The above table compares the NFL careers of Matt Cassel and Kyle Orton. (All stats courtesy of NFL.com) Over the course of 69 games Kyle Orton has thrown almost four hundred more passes for a total of only three more touchdowns, but ten more interceptions. Matt Cassel has the higher completion percentage as well as the higher quarterback rating. Cassel has taken ten more sacks on a lot less attempts, which is certainly a point in Orton's favor; But, Cassel takes better care of the football with less fumbles and less interceptions. Both of these quarterbacks have failed to win even fifty percent of their games.

Neither Cassel or Orton have been very good over the course of their careers. Neither quarterback has performed at what could be considered a franchise level. Neither guy is a winner. Both Cassel and Orton are stop gaps or very good back-ups in the NFL at their respective bests.

With a franchise tag at the quarterback position in 2012 set to cost twenty million dollar for the season, does anyone think Orton has earned (or will earn) that kind of money based on his career thus far? Matt Cassel will be the eight million dollar man in 2012. Is Orton worth nine? Ten? Twelve? 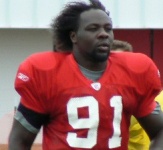 I certainly understand the emotional high that comes along with defeating the unbeatable Green Bay Packers, but if the decision were mine I wouldn't pay Kyle Orton $500 more than were set to pay Matt Cassel in 2012. I just don't have any faith that he's going to turn his career around and become a true franchise quarterback. The 'neckbeard' jokes surrounding Kyle Orton were still being flung around Kyle Orton as recent as 3 weeks ago. Has he really done enough to deserve the massive swing in perception that he has gotten after one game?

Back to Romeo Crennel. I love Romeo. I was ecstatic when Pioli landed Crennel for defensive coordinator. Earlier this season I wrote a couple things that suggested the one thing I would like to see out of Romeo would be more blitzing, and he delivered. In several games this year (I'd argue the games in which the defense looked the best) Crennel sent the team out in two over, man outside schemes with plenty of blitz action at the line of scrimmage. The turnaround the Chiefs have experienced on defense in the last 2 years can be directly attributed to Crennel's scheme and coaching.

There are few NFL head coaches that have successfully melded calling one side of the ball, as well as the head coaching duties and Chiefs fans saw evidence of this against the Packers. The Chiefs were called for twelve men on the field and racked up penalty yards. On one occasion the Chiefs were forced to take a time out because they had too many players on the field. After the time out, when they should have had ample opportunity to correct the issue they still had trouble getting their personnel to the line of scrimmage before the snap. At another point in the game the announcers were kind enough to point out the Chiefs preparing to run a play with only ten players on the field.

I believe that all the confusion in personnel can be linked to a new head coach that was also trying to run the defense at the same time. Other than losing a time out and a few penalty yards the Chiefs didn't suffer much from their mistakes, at least not in that game. Had that penalty come on a Packers third down and three, the blog'o'sphere might be singing a completely different tune.

My biggest fear for the Chiefs would be losing Romeo entirely because we don't make him the head coach. But a very close second is stumbling and losing ground defensively because we promote the man that is doing such a good job into a position where he can no longer give the defense the attention that he has been able to in the past.

I'm on board with Romeo as head coach in 2012, provided the sloppiness on the sidelines corrects itself in the next two games, but I'm not ready to hand him the job without seeing those improvements.

There's a lot of emotion out there in Chiefs' land after an amazing win. However, at the moment we're viewing Romeo and Kyle through rose tinted glasses. The Chiefs are in the throws of a 6-8 season, and that's not something glasses can fix. Someone peed in the pool, and I see what might be a Baby Ruth floating on the ripples. In my opinion it's far too dirty to dive in head first. Let's all take a step back from the springboard and get out the scooper basket and a few bottles of bleach. There's plenty of time to make these decisions after a little more study.