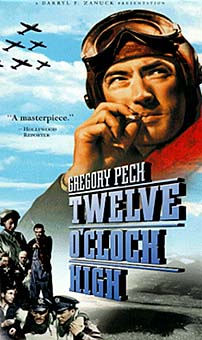 Maximum Effort.  Giving Maximum Effort is costly.  It wears down the body and dulls the mind.  It calls for those involved to give everything and then a bit more.  It is a state of grace that cannot be sustained for long simply because the tax cannot be forever paid.  Eventually, even the best teams ever to have stepped onto the gridiron have succumbed to the life draining, muscle tearing, gut wrenching numbness that overtakes and devastates the human condition. There's no stopping it, no denying it and ultimately no way to avoid it's ability to over take exuberance. What happened to the Kansas City Chiefs on Sunday was an example of such happenstance.

If you wish to disagree, you are either a member of the 1972 Miami Dolphins or a very close relative of Gregory Peck.

If you've never seen the movie, I highly recommend it.  Be prepared though, because the Hero in the movie succumbs to the overpowering force of continued maximum effort.  In the movie, the hero mentally cracks.  Thank goodness that the affect on our Chiefs will not be nearly as severe or long lasting.

My question to Chiefs fans at this point in the season is, "When did you expect to have to slow down and reload"?  In case you have forgotten, this Chiefs team has been on the broken end of a bottle since last January.  Remember the 31-10 drubbing they took at the hands of a tough Oakland Raiders squad back then?  It was about that time that some Chiefs fans began their assault on the team in an effort to 'prove' that this team didn't have 'it'.

"Oh!" some despaired. "This team just doesn't have what it takes to win the big games".  "Cassel sucks, the o-line looks like a piece of swiss cheese, the defense couldn't sack groceries" -- yada, yada, yada. Then the Chiefs went on to lose to a very solid Ravens team in the playoffs and that only added fodder for more protests.  "See, I told you so" was spoken loud and proud by those who had proclaimed defeat early and often during the Chiefs 2010 season.  Oh so many just 'knew' that we were on the verge of getting blown out by a 'decent' team and by God, they were nearly happy to have seen it happen so that their concerns about the quality of what was being built in KC could be exposed in that fiery light of truth.

Then what happens?  Why we go through an ill conceived and poorly executed labor dispute that nearly ran long enough to delay the football season.  Actually, we did lose the Hall of Fame game (I know that most fans don't consider this an important game in the yearly scheme of things but I'll warrant a visit to Canton combined with a walk through some of the history about this wonderful league we worship might just change a few of those tunes--but I digress) but small matter, said those voracious fans.  We HAVE to have a regular season NO MATTER THE COST.  "We want football and we want it now" rang from mountaintops across the fruited plain and lo and behold, the football Gods delivered.  Nevermind having an off season to prepare--get this thing DONE!!  NOTHING LESS THAN MAXIMUM EFFORT WILL BE TOLERATED!!

Did the Chiefs listen?  Hell yes they listened!  Coach Haley surveyed the landscape and made a plan.  A plan that would ultimately get him chastised (by those of little vision and careless wit) for focusing too damn much on getting players in shape rather than getting them in sync.  Who gives a rat's patootie about being able to run up and down the damn field for 60 minutes anyway?  It's a hell of a lot more important to be able to run the offense than run the ball--right, RIGHT???!!!

The Chiefs hit training camp giving Maximum Effort.  They focused on doing whatever coach Haley told them to do, and do it until there was nothing else left to do.  They worked their ASSES off to be able to provide Chiefs nation with the best that they could pull together on such short notice.  They followed a plan that was designed to last a season, instead of a month.

What did they get for their trouble?  Not a whole hell of a lot.  Tony Moeaki goes down with an ACL tear in the final preseason game, lost for the season.  What did the Chiefs do?  Continued to give Maximum Effort.  Game one rolls around and what happens?  They get their asses handed to them by a team who's head coach was FIRED from this squad a mere two seasons past.  They also lost their defensive spark plug in Eric Berry to injury for the season.  Was that enough to get them to lay down?  No.  They continued to give maximum effort.  Even to the extent that they were trying TOO hard.  They were trying to make plays on the fringe in order to deliver what the fans demanded--excellence no matter the cost.

Game two.  More of the same.  This time, Jamaal Charles was the one trying too hard.  In trying to get that extra yard and make that first down, he missteps when running out of bounds and tears his ACL.  Too many mistakes, to many players out of position and too much unbridled lust for a win to actually get this team that which they covet. Embarrassment.  Dejection.  Fan hate. Dismissal.  And still, this team was prepared to give Maximum Effort.

Then, as that effort began to take it's toll, the team began to realize how they were faltering.  They recognized that they needed to be less aggressive and more intent on doing their jobs.  They stopped giving up big plays and big yards and began making plays and taking away yards.  The only downside in that third game?  They couldn't get that win.  Not yet.  The Gremlins just weren't all quite gone yet.  Weddle was the lucky recipient of the final (for the moment) blow of what had dogged these Chiefs.  Would they really go 0 for the season?  Suck for Luck was in full voice.  Haley was going to be fired.  Scott Pioli was beginning to be viewed as a Necromancer rather than a Divination.  The world was crashing down and yet, Maximum Effort remained in place.  It's blood still pumping, it's purpose still gnawing in the back of the team's collective mind, waiting for an opportunity to make a difference--or die in the trying.

Finally, the clouds parted.  Rejoice in the luxury of a win--ANY WIN!!  The Chiefs beat Donovan McNabb and Adrian Peterson.  Maximum Effort begins to gain ground.  In spite of the nay sayers, nonbelievers and pundits.  A small victory was gained and the days began to have hope once again.  Small though it was, that hope was not in vain.

Week five brought another opportunity--to do something that a Chiefs team had seldom done before.  This team found themselves in a hole of 17 points and was able to overcome it and WIN.  In a stadium and town that they had NEVER won in before.  This team.  This year.  Ah, but the 'told you so's' were active again.  Nothing, they said, did this win mean. Manningless Colts do not matter.  You've done nothing when you've bested a fool.  No matter.  Maximum Effort was not yet exhausted.  Fortuitous timing of the BYE week enabled it to continue it's dominance just a bit longer.

Week seven saw Maximum Effort take a trip to the Black Hole.  Once again, rejuvenated, Maximum Effort held a foe SCORELESS in their own house.  DJ embodied maximum effort on that day in a portrayal that is truly the essence of highlight reels.  For any fan who witnessed the play that day, he will never be forgotten.  Once again, Maximum Effort won the day.  For the first time EVER the Chiefs held the Raiders scoreless in Oakland.  This team.  This year.  Detractors once again echoed the statement, "The chiefs haven't beaten anybody any good".  This of course had to be changed from the previous weeks statement that these Chiefs had not beaten a team with a winning record since 2006.  OK.  FINE.  This team. This year.

Finally, we come to a repeat of MNF.  Detractors are CONVINCED that this team will not be able to win this game this year. WRONG.  This team.  This year.  Maximum Effort once again shows it's resolve.  You can call it luck, you can call it paranormal interference or you can just stop the madness and accept the fact that a win is a win.  That win is now in the books.  With it, the Chiefs become the first team to lose their first three games and win their next four.  I wanna see the next team that does that because I think I may be 150 years old when it happens and I'll be one happy sumbitch to be alive.  This team.  This year.

So what happens next?  Simple.  The Chiefs reached a temporary end to sustainable Maximum Effort.  NO team can continue to put forth that kind of effort forever.  There is a limit.  Coach Haley even gave the team a day off in a short week because he recognized how they were hurting.  The ability to go out and continue to put forth that effort was simply extinguished by fatigue.  Playing in a short week after having accomplished the number of record breaking feats that this team had done in the previous five weeks was finally just too much to overcome.  Things just came a bit undone.  Everybody was tired.  Not just tired as in a long day, but tired as in new born baby arrived home 30 days ago and I haven't had any sleep tired.  The dam burst and the tide came in.  It was overwhelming and frankly, I have to say that it was not a surprise to me-or apparently to the multitude of fans that have been predicting our next loss since we beat the Vikings.

What is surprising (although it shouldn't be) is the number of fans that have already jumped back on the vitriol bus with both feet.  The comments about Haley et al are already flying anew.  I guess it never ends.  No matter what the team does.  For me it is time to say thanks.  Thank you Todd Haley and the Kansas City Chiefs.  I saw the Maximum Effort and I am proud.  I appreciate how hard you worked and what you accomplished.  No matter what happens from this point forward, each of you should be proud to be a Chief.  I look forward to the rest of this season because you have confirmed for me the power that this team possesses.  It won't always be perfect and it won't always be pretty, but I know that you go down to the last second of the game fighting for a win and looking for a way to come out on top.  For me, I could not possibly ask more from my team.

This season is at the halfway point.  This Chiefs team has gone from worst to first in the AFC West THIS YEAR.  Considering what this team has accomplished in the first half of this season, I think it is safe to say that anything is yet possible for the 2011 Chiefs.  Tebow is coming to town.  It's time for him to find out just how hard it is to win in Arrowhead.