Ramblings of an Idiot: Bah.. Humbug, or the Halloween Equivalent

Share All sharing options for: Ramblings of an Idiot: Bah.. Humbug, or the Halloween Equivalent

What is the Halloween version of Charles Dicken's immortal Ebeneezer Scrooge line "Bah, Humbug"? That's a question I'll have think about, and a very important question indeed. I'm going to need to find a suitable substitution for the oft uttered anti-Christmas discounting phrase. And I need to find it fast.

Halloween has been, for most of my life, my favorite holiday. As a small child it held the promise of a night that extended well past bedtime and involved being lead around the neighborhood, white pillowcase in hand, collecting more candy than one needs to send a plentiful pack of pachyderms into immediate diabetic comas. In my pre-high school years, this spooktacular holiday became a contest in gross-out abilities for my friends. We'd each try to come up with the scariest, nastiest, bloodiest, scabbiest, split open puss oozing skulliest version of a costume we could create. Our collective parents spent hundreds of dollars in costume shops buying fake blood and skin and every burn ward / scar tissue kit we could get our hands on. Pair after pair of perfectly good blue jeans were torn, shredded, dyed various 'just dug out of my own grave' colors and sacrificed to the All Hallows Eve (not to mention the countless hours our mothers spent scrubbing out the washing machine of all the dye pack residue that we had sworn we'd clean up ourselves if we were allowed to use the machine to dye some clothes). On multiple occasions I was sent home from school, specifically because of the amount of realistic blood and gore I had been able to prep the night before and apply at the bus stop or in that seldom used, extra nasty restroom down the dark hallway over by the gym (because mom wouldn't let me wear it to school for fear I'd be sent home, rightfully so). Candy was still a driving force of the holiday, but it took a back seat to the 'trick' portion of the standard 'trick or treat.' 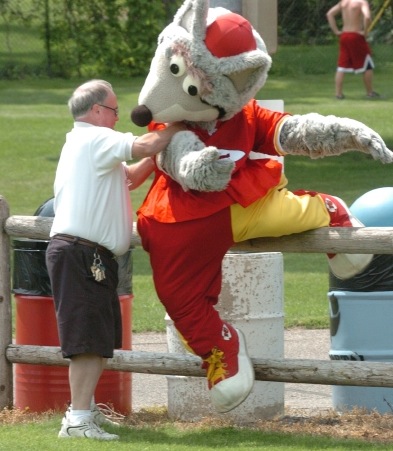 Running around at all hours of the night, literally miles away from home. We left the comfort of our own neighborhoods, making sure to toilet paper the houses of our mortal enemy neighbors, jam water hoses into open car windows, and drop a Cleveland steamer or two into the yellow plastic child seat of a neighbors backyard swing set along the way. Trekking as far as we could, on our own with no supervision, into the bowels of the housing subdivisions down the street from our own we reveled in the sheer amount of mayhem we could create while costumed, and therefore, invisible to the world and indestructible for the evening.

A new awakening for the end of October holiday happened sometime around 7th to 10th grade. Not everyone embraced this new definition of the holiday at the same time. Not surprisingly, one's acceptance of this new tradition seemed to coincide with the development of budding sweater puppets (for the girls) and hair in the nether regions of the boys. The redefining of my all time favorite holiday did nothing to decrease my love for the day of the dead. In fact, just the opposite. Halloween morphed into a holiday that seemed to celebrate the deeply insightful and fantastical stylings of your average adult film costume designer. The girls in my little corner of the world began dressing as babies (in diaper and baby doll mid-drift baring shirts) and controversial rock stars (Madonna for instance) and in all forms of sexy (sexy nurse, sexy devil, sexy witch, sexy kitty cat, sexy pirate.....etc). None of them left the house wearing these costumes, mind you. They all took a page from the boys middle school days and began leaving the house with a book bag full of clothing their fathers would have burned had he discovered it; and a full zip lock bag of lipstick, rouge, and other various make-up stolen from their mothers' bathrooms. At the same time, most the boys stopped trying to gross each other out and began concentrating on costumes we thought the girls might notice (usually unsuccessfully). Vampire costumes stayed, but they were cut to display our just developing V-shape, and looked a lot more like a black tuxedo and a cape than a horror movie gore-fest snapshot. With a bit of fear at dating myself I'll also mention: Crocket and Tubbs while linen jackets with the sleeves pushed up worn on top of pastel colored Hanes t-shirts, and the ever popular over the shoulder togas. 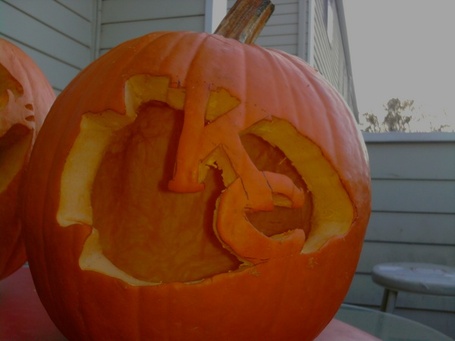 If the high school years were defined by 'sexy', than the college years turned to flat out 'slutty'. I'm not sure exactly what part of female psyche it is that convinces the buttoned down 'good girl' to leave the house on Halloween wearing something out the Frederick's of Hollywood lingerie catalog (and a tail and a whip or a headband with cat ears) to prance around from party to club to dance floor to boyfriend/strangers bedroom/back car seat, but BLESS THAT PART. And if that's the effect Halloween has on the good girls, I'm sure you can imagine what the 'bad girls' are wearing. (And if you can't imagine it then you NEED to go clubbing on Halloween. You'll thank me if you're a guy, and you'll join in if you're a girl. It's a win/win). Yes, Halloween turned from a holiday centered around candy and extended bed times into a celebration of sexuality, and other people's beds-time.

To this day I still own 4 or 5 of my all time favorite costumes. They're buried deep in the hall closet covered in plastic, with black capes on hangers and rotten prosthetic teeth stuffed the pockets. Those costumes hang in homage to the best nights of my young life. There is no holiday more magical than Halloween. Sure, there's a lull in your late 20's when you're too old to hang out with the highschoolers, already graduated college, and don't have kids old enough to begin their own holiday journey, but office parties and even grocery shopping offer the chance to view others in their Halloween glory and to remember the best All Hallows Eve's of your past.

So why am I looking for a Halloween alternate to 'Bah, Humbug'? Because I need something to say to my friends when they call to invite me to their house parties. I need some phrase to shout at the door every time a trick or treater rings my bell. I lack the proper verbiage to express, for the first time in my entire life, my lack of enthusiastic embrace for the night of the living dead. THIS year is a whole new world for me. The Chiefs are 3-3 and playing in an ultra rare Monday Night Football prime time event. They face off against a Chargers squad that held out for a 3 point win in our last meeting. The Raiders are vanquished and relegated to a bye week. The division is on the line, and the Chiefs have one perfect storm of a chance to hit the trifecta. With a win on Halloween the Chiefs will score a division victory, (sending a rival team into the throws of a losing streak), gain national media attention that forces the likes of the alphabet networks to give them some due, and struggle back from a horrible start of the season into a tie for the division lead.

At least for this one single year, Halloween must take a back seat to Chiefs football. The most important thing happening on October 31st isn't college girls in slutty outfits, or stacks of beer kegs waiting to be drunk, or piles of sugary candy to wreak havoc on my diabetes, or even cute kids in homemade costumes being led door to door by their mothers and fathers. This year's celebration will come at the end of 4 quarters instead of at the end of a game of quarters. This year the night is reserved for football, and anyone bothering me is bound to hear me shout............