Chiefs vs. Ravens: Roger Goodell In The House

Share All sharing options for: Chiefs vs. Ravens: Roger Goodell In The House

Glad to see Goodell was able to meet some Chiefs fans (via @gregaiello): 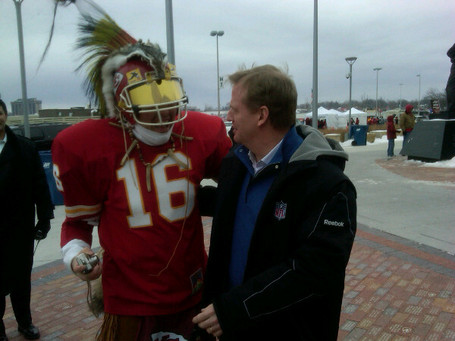 The last couple of times I remember Goodell coming to Kansas City was in 2009 for the Dallas Cowboys game and then over the summer when the New Arrowhead was being unveiled.

If the Commish is here, then you know the game is a big deal.