Share All sharing options for: Chiefs vs. Ravens: Hello, Snow 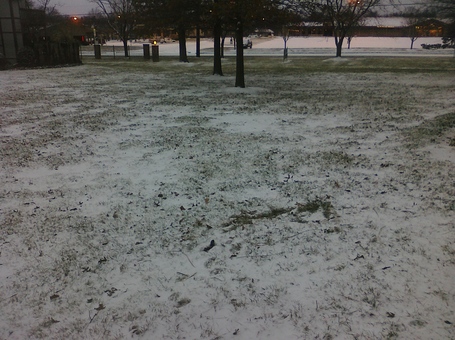 That's the view outside my luxurious one bedroom apartment right now. It started snowing late last night and we were left with this in the morning. It's not much accumulation -- 1/2 inch on the Plaza -- but it does set the stage for some possible snow this afternoon. Luckily for those of you in attendance, some snow isn't much.
The forecast is calling for a 20 percent chance of light snow and flurries mostly before the Kansas City Chiefs-Baltimore Ravens game at noon and winds of 5-15 miles per hour. There's a high of 28 degrees.
So it doesn't appear that weather -- other than temperature -- will be a huge issue. The snow won't accumulate much and may only affect them at the beginning of the game. Of course, this is also assuming the weather forecasters are correct.
Here's another shot of the snow that gives you a better perspective of the accumulation (which isn't much). 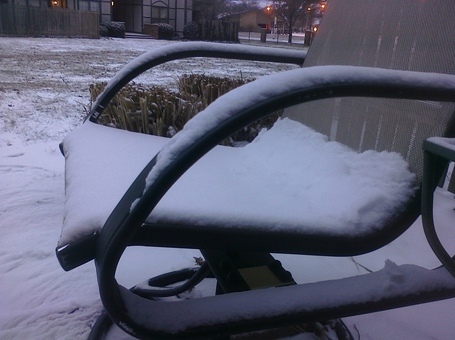