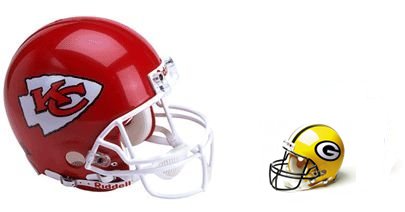 And we're almost to the Kansas City Chiefs regular season...

The Chiefs take on the Green Bay Packers this evening at 7 PM. The Chiefs have lost seven straight preseason games, while the Packers have actually beaten the Indianapolis Colts and the Seattle Seahawks. The Packers lost to the Cleveland Browns in the first game of the NFL preseason.

Joel is at the game and I'll be here, posting new threads as needed. Chat away...