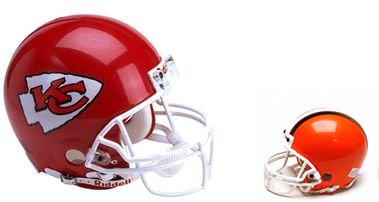 The Kansas City Chiefs may have gotten away with one against the Cleveland Browns.

Chiefs LB Mike Vrabel forced what the officials called a fumble. I think replays showed that it was not a fumble but ultimately the officials didn't have enough evidence to overturn the call after Eric Mangini and the Browns challenged it.

The Chiefs got a nice break there.

The Chiefs offense struggled after getting the ball back from the turnover only netting a field goal. As Steve Buerlein said, "That's really disappointing." The Chiefs had the opportunity to cash in and went three and out.