As most of you already know, the Kansas City Chiefs and Jackson County spent $375 million dollars to upgrade the New Arrowhead Stadium. The renovations began last year and were just recently completed.

While the Chiefs have played two NFL preseason games in the New Arrowhead, tonight's game against AFC West rival the San Diego Chargers will be the first time that a national audience will get to see the new Kansas City Chiefs Hall of Fame (formerly called the Ring of Honor), the new seating arrangements, a new press box and loads of other renovations. Plus, you can't forget that this is the national television debut of the Red & Gold Short Melt.

In case you're headed to the game tonight, here are some good links to check out before you go:

Thanks to good work done by AP commenter oldchiefsfan, we've been receiving pictures of the stadium renovations and construction since last March.

After the jump, I've linked olchiefsfan's posts and posted some of his pictures so you can relive the renovations to the New Arrowhead Stadium.

Man, I wish I was there. Tonight is going to be awesome.

South side of the stadium: 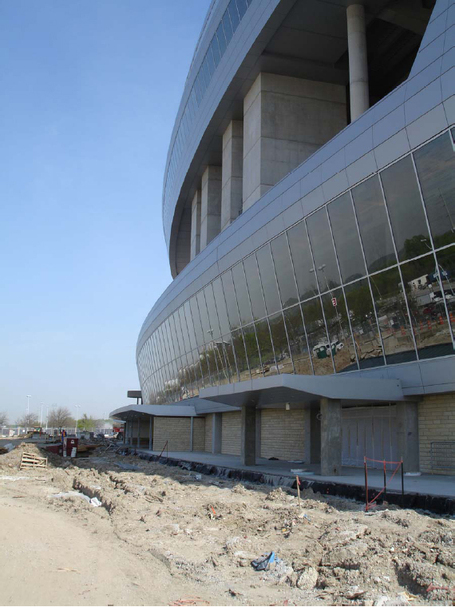 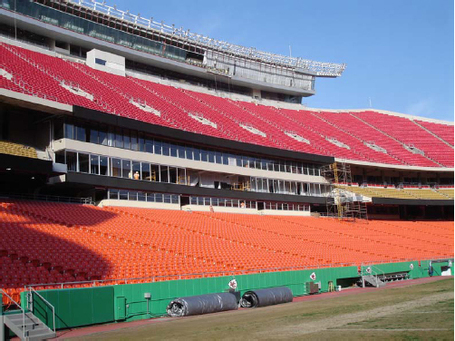 Inside the press box: 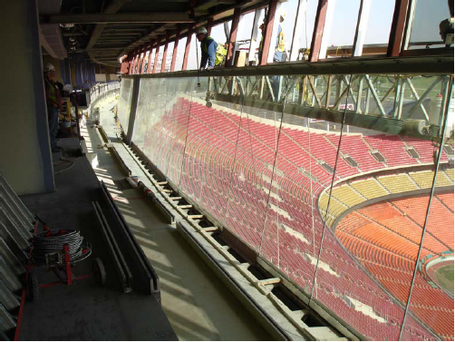