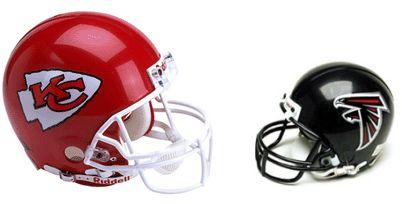 Where: Atlanta, GA, The Georgia Dome

Atlanta Falcons on SBN: The Falcoholic

Weather: They play in one of those sellout domes with no weather.

How to watch on TV

How to listen online

I have to tell you guys, getting this open thread together feels really, really good. While I'm hesitant to call this the real start to the Kansas City Chiefs 2010 schedule because it's the NFL preseason, it still feels great to have the Red & Gold on the viewing schedule for this evening.

For those of you that are new to the open thread "scene" here at Arrowhead Pride, here are a few guidelines:

And one more thing....GOOOOOOOOOO CHIEFS!!!