We'll be back this afternoon with more photos and a report on practice.

There are photos after the jump. You can also click on the photo above for a good gallery. 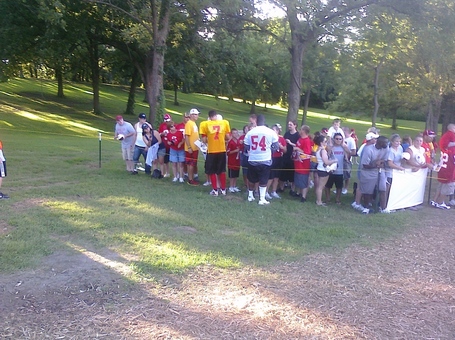 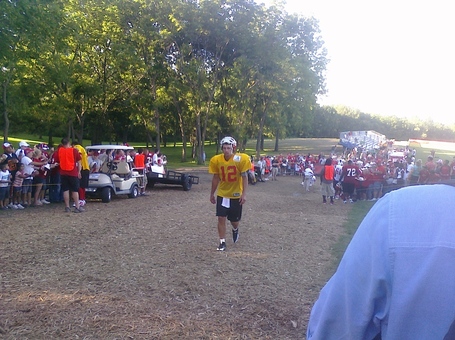 I got almost this exact same picture after the morning practice, too. Still quite a few Brodie fans out there. 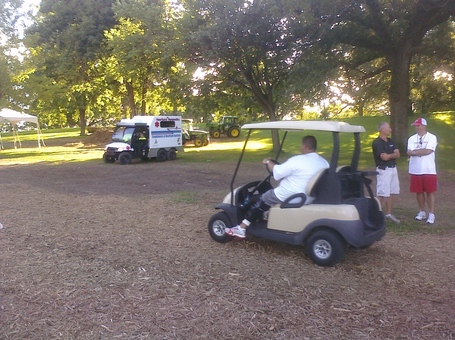 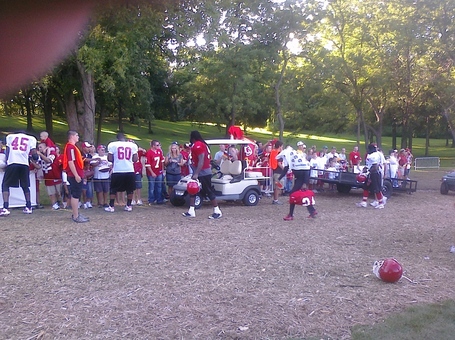 Brandon Flowers has covered himself up with a towel. He gets hounded a lot by the media and the fans. He's usually pretty good about talking to folks though. 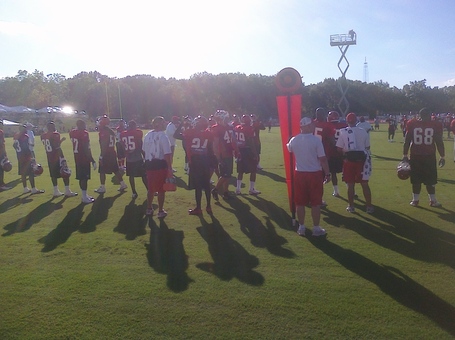 Flowers taking in some water. An example of how it is. The sun was beating down on us. 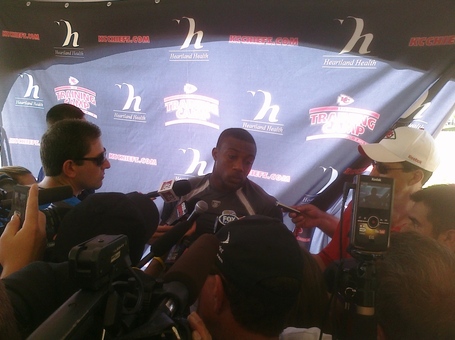 Another shot from Berry's arrival on campus. 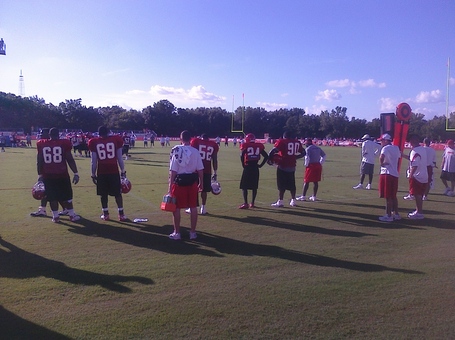 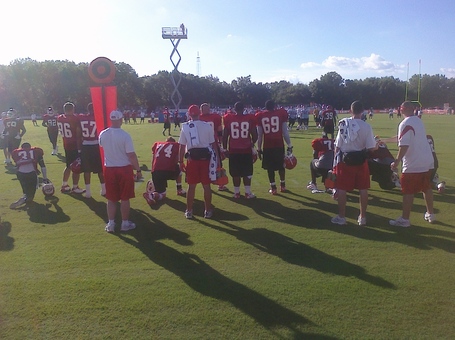