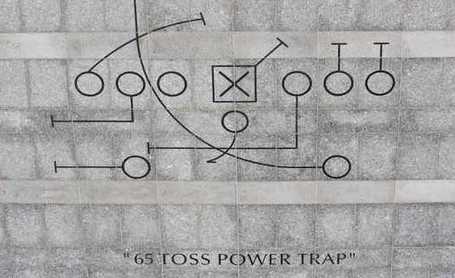 Clark Hunt held up the renovated Arrowhead Stadium as a world-class facility worthy of someday playing host to a Super Bowl.

The NFL recently awarded the first outdoor Super Bowl in a cold-weather setting when it placed the 2014 game in the new Jets-Giants stadium in East Rutherford, N.J. That move opened the possibility of a Super Bowl in Kansas City if the area’s infrastructure is capable of handling the large influx of visitors.

"The first step on that is to see how the cold-weather Super Bowl goes in an outdoor stadium," said Hunt, the Chiefs’ chairman. "If the league has a good experience in New York, then there will undoubtedly be many communities to come back and ask for a cold-weather Super Bowl, and we would certainly be on that list."

After seeing the mostly-finished product on Friday morning when Chiefs chairman Clark Hunt led a tour of the renovated Arrowhead Stadium, it is clear that the Chiefs are at least half right.

The new body is magnificent. From the upgraded amenities to the areas of specialized interest that depict not only the history of the Chiefs but pay homage to the vision of Lamar Hunt, founder of the American Football League, the new building is spectacular.

Same soul . . . fans will have to provide the answer to that.

The results of an independent study commissioned by the NFL and the players' union show modern helmets meet all national safety standards, though it stressed that no helmet can prevent concussions and more studies are necessary.

The results were forwarded to teams on Friday, along with a memo from commissioner Roger Goodell outlining the study and a question-and-answer brief designed for players.

With the NFL season fast approaching, fans in Kansas City will have a lot more to look forward heading into the 2010 season than they have in quite some time...

...In this article, I will run through the 10 most anticipated things for Chiefs fans in the coming season. Here we go...

Great Expectations: What Kansas City Chiefs Fans Can Anticipate In 2010 from Bleacher Report

The first big renovation of the Kansas City Chiefs’ Arrowhead Stadium in 40 years — a $375 million, three-year project — hosts its first event this weekend.

It’ll be a test run for the Chiefs, who are using the renovation as a springboard to improve customer service and the fan experience. The project — which includes an array of features evoking Chiefs history and highlights — increased the stadium’s square footage by about 40 percent, for a total of more than 1.64 million square feet.

When the Kansas City Chiefs moved from the University of Wisconsin-River Falls to Missouri Western State University (St. Joseph's, Mo.) this summer, the unraveling of the so-called "Cheese League" was complete.

As recently as 20 seasons ago, five league teams held their training camps in Wisconsin. But when the NFL opens summer workouts over the next 10 days -- with all 32 franchises set to be bivouacked by Aug. 1 -- only the Green Bay Packers will practice within the state's borders.

Kansas City Chiefs: Big boss Pioli's team was terrible in the trenches last year. AFC West is wide open though, and Pats' blueprint is in the Arrowhead strongbox.
Jonathan Comey: Around the NFL, in 140 characters or less from South Coast Today

Goodburn sent his tape to three NFL teams. It got him an invitation to Chiefs training camp. He says he was fortunate that NFL rules allowed teams to invite an almost-unlimited number of players to camp because it allowed him to get invited. But it also proved to be his downfall because there wasn’t enough on room on the roster for him and the four other punters Kansas City had invited.

With a few credits remaining in his coursework, Goodburn returned to Emporia again. He accepted an invitation to the Chiefs 1987 training camp. It was a less crowded group of aspiring Chiefs punters that year, but he still struggled to find an opportunity to prove himself. He recalls getting just a few punts that preseason. Once again, the Chiefs cut him.

Where are they now? Goodburn finds continuity in finance from The Emporia Gazette

McNeill enlisted the help of fellow NFL players Leonard Pope of the Kansas City Chiefs and Jonathan Palmer of the Phoenix Cardinals. The event had the feel of a backyard cookout, with smoke wafting from grills in one corner of the stadium. After the five-hour camp, McNeill and his staff had lunch ready for the campers.

Radio station HOT 107.9 was on hand and played music over the stadium loudspeakers. In another corner, dozens of hula hoops were available for campers and their families to use.

The camp is part of McNeill’s initiative to help kids understand the importance of exercise at an early age.

...The camp’s Thursday-through-Saturday schedule includes equipment demonstrations and safety seminars, and this afternoon it will also feature NFL star and Baldwin County resident Wallace Gilberry as a motivational speaker.

Gilberry, a defensive end for the Kansas City Chiefs, said he plans to emphasize leadership, respect and ambition during his address.

"It’s important to teach kids to be leaders, and to respect their parents and elders," the Baldwin County High grad said in a Thursday interview. "Also, I want to tell kids to keep dreaming, put their minds to work. If you can dream it, you can do it."

The Pittsburgh Post-Gazette reports Kaye died in her native North Carolina after a battle with skin cancer.

BCarr39 Goin to the movies solo tonight with a box of chicken wings!

GlennDorsey72 Sooo nobody wAs gona tell me the tropical storm I'd heading this way?? Smh

almighty31 i jus made a mess in this kitchen makin Pizza... from scratch

BCarr39 Call of Duty is callin my name!

BCarr39 I think I have mastered the art of "holdin up the wall" at a club!

ChiefsPR When asked what Lamar would say about the New Arrowhead, Clark Hunt replied: "I think if he could see it, he would say, 'Well done.'"

SI_PeterKing RT @DouHan: As a fan of one team out of it(KC), how should I look at camp? ... Chiefs aren't out of it, as Alex Marvez eloquently says.

JoshLooney The New Arrowhead in pictures, with commentary from Clark Hunt - http://bit.ly/cvmbrJ