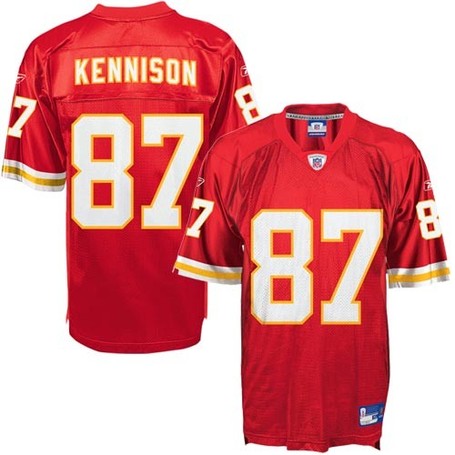 Who says this regime doesn't care about former players?

"I am honored and humbled to officially conclude my NFL playing career as a member of the Kansas City Chiefs," Kennison said. "My family is extremely grateful to the Hunt family, Scott Pioli and the Chiefs organization for making this moment possible. Kansas City has a special place in our hearts, and has truly become our home. I feel very blessed to have been extended the opportunity to retire as a member the Chiefs."

Kennison, hailing from LSU, was drafted 18th overall by the Rams in the 1996 draft.

He spent time with the Rams, Saints, Bears and Broncos before coming to Kansas City.

One of the reasons I quickly took to him was because he left the Broncos to sign with the Chiefs. Then quickly called the Chiefs the NFL's best team and bashed the Broncos and Mike Shanahan.

To say he fit right in would be an understatement.

He last played for the Rams early in the 2008 season. You can check out the Chiefs full release here.

Congratulations to Eddie Kennison on an outstanding career and kudos for retiring a Chief.