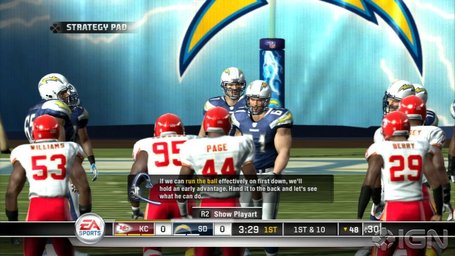 Seriously? July already? One step closer to kickoff I guess. Today's Kansas City Chiefs news includes talk of draft signings, tweet reports of Whitlock looking for a max deal, and a report about a condition that DJ has that may slow him down. Be sure to look at the bottom of the post for a new game. Enjoy.

The Chiefs could be accused of not stepping up and spending money in free agency. They can be accused of not doing enough to keep some of their own free agents happy with deals over the years. But getting draft picks under contract is a different animal.

Some say they could help pump up fan interest and possibly ticket sales by getting their draft choices signed and splashed across the sports pages and sports reports. Listen, there’s only one thing the Chiefs can do to get Arrowhead Stadium rocking again and that’s win games. If all the optimism of the current off-season is not followed up with victories on the field this fall, then it will matter not when the draft picks were signed or the dollar amounts of their contracts.

Here’s the simple football facts – when the Chiefs step on the field at Missouri Western for their first practice, if there are draft choices still unsigned then it will be a problem.

A contributor at SB Nation's Royals Review recently heard Mitch Holthus -- voice of the Chiefs -- speak at an event (he was really there to hear Dayton Moore speak). While there, Holthus said that fans need to be mindful of Derrick Johnson's respiratory problem.

His main point on DJ was his respiratory issues.  Mitch said that they have to be very careful on how they use DJ because if he gets to many snaps he cannot breathe effectively and becomes an ineffective player.  Because of that, the Chiefs are trying to figure out the best times to use him and how often to use him so that he is at peak performance.

A question that is debated often in Chiefs Nation is "who won the Jared Allen trade?"

So far, in my opinion, the Vikings won the trade.

The Vikings got a known quantity in Allen. He has continued to play well in Minnesota and is a big part of their plans to win a Super Bowl before Brett Favre starts to get discounts for being a senior citizen.

The common belief is that it generally takes 3 years before you can really judge a draft pick. Well, for the Charles, Albert and Morgan, 2010 is year 3.We should be able to fairly judge the trade following the 2010 season.

Iowa does have a reputation for producing NFL-ready offensive linemen, but don’t discount the work Kirk Ferentz and his staff have done with tight ends.

During Ferentz’s tenure, Iowa has put eight tight ends in the NFL in some way, shape or form. This year, Tony Moeaki was drafted by the Kansas City Chiefs. During Ferentz’s first season, 1999, Zeron Flemister and Austin Wheatley made it into the league.

In between, there’s been all-pro Dallas Clark.

Ray Hamilton liked the sound of that. So, the Strongsville, Ohio, prep committed to play tight end for the Hawkeyes on Wednesday.

There is in our fair city an adult football team named the Columbia Falcons.

It is a team of former high school and college players who play their home games at Rock Bridge High School.

When I heard the name "Falcons," this non-football fan’s ears perked up. That’s a name with a history — a football moniker from 50 years ago. The original Falcons also were a collection of former high school and college players who played in old Water and Light Park, a facility gone 40 years, replaced by the Public Works garage.

So-called semi-pro football involving black athletes had been popular since post-World War I days. In the decades wrapped around World War II, Douglass High was blessed with a string of excellent athletes, and they gathered on the weekend after Thanksgiving to play a game with Fulton.

It was this game that led to the formation of the Falcons in 1961...

...The team enjoyed success for three years but went out of business after the move that brought the Chiefs to Kansas City.

The Kansas City teams became Chiefs fans and weren’t interested in playing. The Falcons became history after a three-year run. They won about as many as they lost.

Another preseason NFL Rookie of the Year candidate will be Kansas City safety Eric Berry.  The former Tennessee Volunteer was brought in to help a defense that allowed 424 points.  Berry was a lockdown cornerback in college, earning the Jim Thorpe Award along with being an All-American his last two seasons in Knoxville.

BCarr39 My prayers are with the Cunningham family right now...

almighty31 This security guy at the airport looks and talks like a Nazi from movies.... Just too funny... Lol

BCarr39 On my way to the airport and yep I'm late again!

BCarr39 Pops bout to talk my ear off the whole hr n change it takes to get to the airport! Smh

BCarr39 After 3 unsuccessful trips thru the metal detector, I am finally thru!

mortreport I gotta go work out. Got a Promo Shoot in 3 weeks and gotta keep up with that young, handsome @Adam_Schefter

WhitlockJason Tempting. RT @ProBskbllTalk: I represent Jack in the Box and we'd like to offer you a max deal, plus first dibs on Oprah's leftovers.

Ok, we've seen a lot of the "Caption This" and there will likely be more in the future. I thought we'd try to flip the genre and do a "Picture That" post. I'll find a qoute or make up a caption and you guys create/ find on the web a pic to go with it. Here it goes:

HermEdwardsESPN Once you lose your leg explosion it's tough.