With The 34th Pick In The 2010 Arrowhead Pride Mock Draft, The Detroit Lions Select...

Share All sharing options for: With The 34th Pick In The 2010 Arrowhead Pride Mock Draft, The Detroit Lions Select...

It's been a busy off-season for the Detroit Lions and it doesn't stop with free agents. Mayhew has the Pride of Detroit excited about the upcoming 2010 year, with new additions along the defensive line, and a recent free agent pickup of Rob Sims at LG. The front line looks good, especially with Suh expected to be on board, and the attention now turns to the secondary.

While (almost) everyone agrees Eric Berry is the cream of this year's secondary crop, we all realize how deep this draft class is on defense, and that holds true for Safety and Cornerback positions. And let's face it, the 2009 Lions were bad defensively, and even though Mayhew has made the commitment to stop the run with a totally revamped front line, the unquestionable need now is the secondary. So, just how bad were they last year? How does 32nd Ranked Passing Defense sound to you? What's that? There are only 32 teams and so yes, that's drop dead LAST in the league, 265 yds/game, 4250 yds in the air, 2-1/2 miles of air travel given up, courtesy of the Boys in Blue and Silver.

Think this team needs some help in the secondary? You betcha! Look, this group gave up 35 TDs passing, while picking off only 9 INTs all year long, and perhaps the most stunning statistic is that they did it while getting torched for a league-leading 68% completion rate by opposing teams. But with the bigger names off the board already, what do you look for in a defensive back? One thing you can't overlook in that group is speed - while talent is nice, and tackling ability is a plus (hey, coach 'em up!) the one thing you can't coach is pure, God-given speed.

It's also nice if the guy can fly.

The boring stats from Walter Football:

Yep, he's fast alright ... he can go up and get those balls, and he has decent hands, but will he really stretch himself to be all he can be? Silly question, of course he will ... 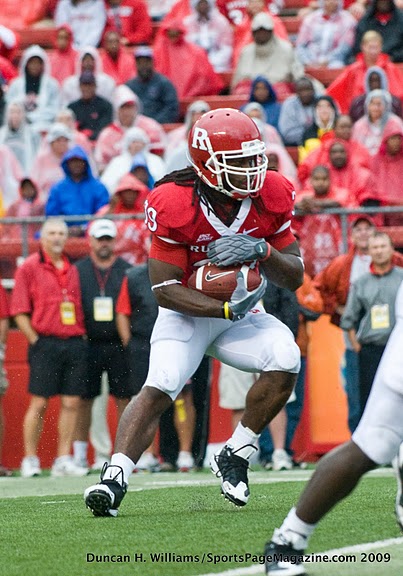 Scouting report from Mocking the Draft:

Agility: Is very smooth in his backpedal with fluid hips. Shows he has the kind of quick-twitch agility a cornerback needs. Turns and runs with ease. Shows good leaping ability.

Although he may never be an elite NFL cornerback, he's incredibly solid. His special teams ability will get him on the field from day one. He may start as a nickel corner but has the skills to develop into more

And so, with the 34th overall pick, and the 2nd pick of the 2nd round, the Detroit Lions select ... 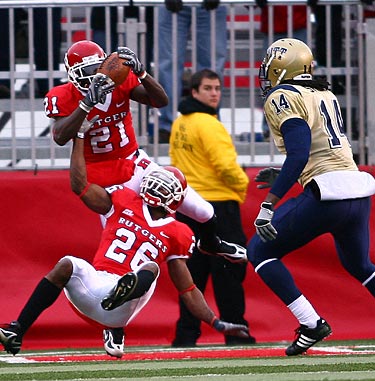