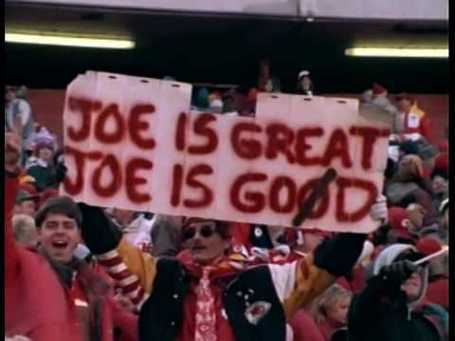 On Tuesday, the subject was the most likely player to be chosen with the first selection in the 2010 NFL Draft – QB Sam Bradford. The Rams, whether at home in Los Angeles or St. Louis, have not drafted a quarterback in the first round in 46 years.

That’s the longest drought without drafting a first-round passer in the league. The Chiefs are tied for the third longest streak at 27 years, or since they grabbed Todd Blackledge with the seventh choice in the first round of the 1983 Draft.

Last December, or thereabouts, Iowa football players Bryan Bulaga and Adrian Clayborn were faced with "the big one" for college football stars — leave school early for the NFL draft or enjoy your senior year.

You know what happened.

Bulaga is rated as high as No. 5 to the Kansas City Chiefs in some mock drafts (Pat Kirwan of NFL.com). The NFL Network’s Mike Mayock has Bulaga at No. 8 on his top 20 players for the 2010 draft. The ESPN duo of Todd McShay and Mel Kiper have differing views, with McShay putting Bulaga at No. 6 to the Seattle Seahawks and Kiper placing the Big Ten’s offensive lineman of the year at No. 23 to the Green Bay Packers.

Decisions and all the angles from Gazette Online

THE RIGHT 53? – Versatility is part of the equation that the Chiefs are looking for and Johnson fills that role, having started at three different positions along the line during his college career. He’s got a high football IQ and he has a strong work ethic; molded by Crimson Tide coach Nick Saban, a favorite of Scott Pioli’s. He did not miss a game over his college career.

What he said – "There’s no doubt playing under Coach (Joe) Pendry (Tide O-Line coach and former Chiefs offensive coordinator) has given me an edge. I’ve asked him a bunch of questions about his time in the NFL and about players he had. He’s given me a lot of tips."

THE RIGHT 53? – Intangibles are a bit foggy with Gibson, who kept himself available by keeping up with his school work. He showed willingness to work hard as he added 30 pounds to his frame from the time he walked in the door.

What he said – "It’s exciting to hear the talk about me going back to linebacker. It’s truly the position I love most. I don’t mind playing defensive end, either. I’m just excited to get the opportunity and get going."

Kansas City is slated to get 8 more draft choices in 2010, with all eight coming in the first five rounds so they have a real good shot at improving their team with young talent...

1.) Safety – Kansas City signed SS Mike Brown last season in hopes of improving their secondary, but he proved to be a liability in coverage and now he’s a free agent. FS Jon McGraw also struggled against the pass, and both were the biggest reasons why the Chiefs finished 28th in the league in yards/pass attempt. Kansas City could look to replace both safeties, and Eric Berry out of Tennessee with the fifth overall pick is certainly on their radar. He has the potential to be a Troy Polamalu or an Ed Reed for any team he gets drafted by.

We happily stumbled upon PlayerWives.com, a Web site cataloging the significant others of various major-league athletes. This is how we learned that NASCAR driver Carl Edwards married a fellow Columbia, Missourian, and Kansas City Chiefs quarterback Matt Cassel is married to a champion USC volleyball player.

Chiefs and Royals players' wives: Are they hot? from The Pitch

I honestly had no idea I would be scoring any kickboxing or grappling matches, but I know enough about each of them to score them, so I was cool with it. By this time, there were easily 800-1,000 people packed into the place. I looked to my right and saw two Kansas City Chiefs players, and then I noticed that Rick Sutcliff was sitting at a table behind me. However, my football team is the Chargers and my baseball team is the Cardinals, so needless to say I didn’t really care.

SCHIELKE: My path to becoming a sanctioned MMA judge from MMATorch.com

1969: Paul Rudd, is born in Passaic, N.J. His family would soon relocate to Overland Park, Kan., where Rudd would develop a sad affinity for the Kansas City Chiefs and eventually flee to Hollywood, earning his breakthrough in 1995’s Clueless. There’s really only one appropriate tribute to the man, so everyone enjoy — and happy birthday, Mr. Rudd.

On This Day: Everybody Welcome Paul Rudd! from Movieline

BCarr39 How much UConn gon lose by?

almighty31 Can't sleep. I need some help goin to sleep

JoshLooney cool Joe Montana interview I stumbled across when doing some research for today's blog - http://bit.ly/aqDWvM

mortreport RT @ConnArtist99: @mortreport What is the likelihood of Bulaga dropping down to Green Bay? >> Zero chance.