Chiefs Sign Just One UDFA Inside Linebacker, He Expects To Make Team

Share All sharing options for: Chiefs Sign Just One UDFA Inside Linebacker, He Expects To Make Team 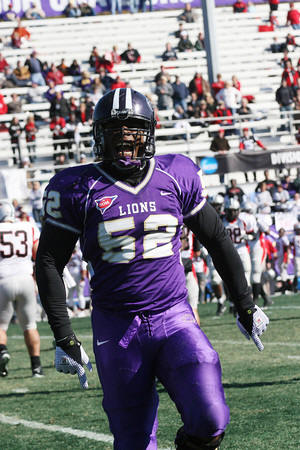 Of the Chiefs seven draft picks and 11 undrafted free agents, just one inside linebacker was signed.

Mike Johnson, out of North Alabama, has noticed that and, as a Chiefs UDFA, thinks that gives him a chance to make the team.

"They have a need for my position and didn’t draft anybody (or sign anyone) so that tells me a lot," Johnson told the News Herald. They expect me to contribute and they showed they were serious about me."

He said the Chiefs called him during the draft to tell him there was a UDFA contract waiting if he didn't get drafted. Again, this is a player that likely had other NFL offers and when looking at the depth charts of the inside linebackers on those teams, he chose the Chiefs as his best option of making the team.

He told the News Herald he signed "for a couple of thousand dollars" which sounds like a pretty standard UDFA contract.

There is at least one inside linebacker coming to the Chiefs rookie minicamp on a tryout basis.

And your random Chiefs/Northern Alabama connection during the NFL draft process was Brandon Flowers working out with Preston Parker who went to, you guessed it, Northern Alabama.