With The 53rd Pick In The Arrowhead Pride Mock Draft, The New England Patriots Select...

Share All sharing options for: With The 53rd Pick In The Arrowhead Pride Mock Draft, The New England Patriots Select...

As usual, the Patriots have a plethora of 2nd round draft picks, and they have to be pleased with their draft so far. Odrick in the 1st provides a versatile, hard working player up front. Misi brings some punch to the pass rush. Williams was a great value and NFL ready WR.

The next need that I'd like to address for this team is the running game.  Patriots never seem to be able to run the ball as well as they'd like to. 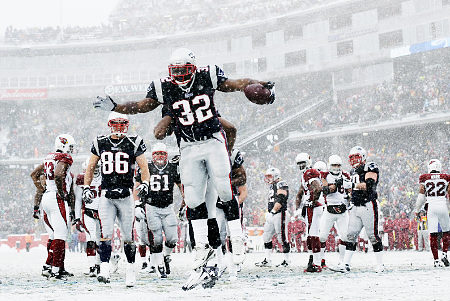 "It's no secret that the Patriots need help in their run game. Fred Taylor has some gas in the tank, but who knows for how long. Sammy Morris runs on low mileage, but he's injury prone. Laurence Maroney is erratic as a performer. BenJarvus Green-Ellis is unproven. Kevin Faulk is the only back every Patriots fan can fully support and trust. While our committee may appear to be full, it's never too early to start switching some pieces with youth. Morris may the be the first to go if we start the youth movement, so looking for his replacement would be a good idea." 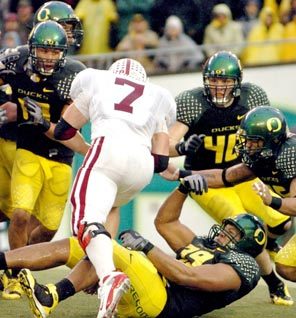 Gerhart is undoubtedly a powerful runner... but he's also a devastating blocker, which many rookie RBs struggle with.  A lot of AP commenters seemed to give me flack for being a fan of his, but I really think Gerhart can get the job done in the NFL, and he's just the type of guy you want on your team.

He plays with a ton of heart, doesn't go down on first contact, and proved at the combine that he's faster and more athletic than he's been given credit for. (block quote)His intangibles are top notch and he is both a dedicated and accomplished two sport athlete that will enter the league as a guy that every coach wants on the field on way or another. He will get a shot as a tailback, but has the body and physicality to make the move to fullback in a pinch.