With The 54th Pick In The Arrowhead Pride Mock Draft, The Cincinnati Bengals Select...

Share All sharing options for: With The 54th Pick In The Arrowhead Pride Mock Draft, The Cincinnati Bengals Select... 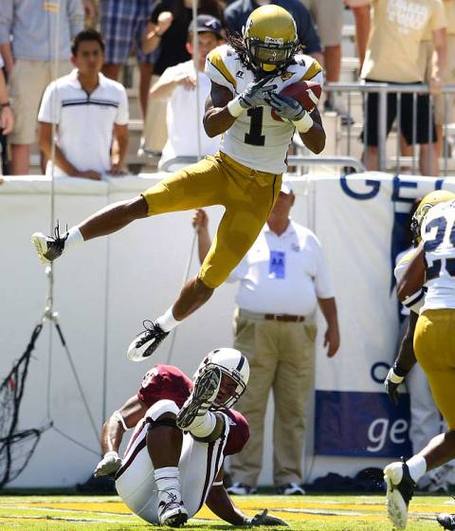 With the need of the Bungles (sorry couldn't resist once...) One problem of the Bengals is the secondary. They were pretty horrendous. Plus it was horrendous that the one who didn't pick Tim Tebow show his girlfriend's picture. I will have it after the jump. So with no further delay here it is the one and only pick for the second round for the Bengals none other than...

After the jump! Felt like a primetime show didn't it.

[Editor's note by Joel: Yes, there really was a picture of Tebow's alleged girlfriend here but I had to remove it. I'm the bad guy.]

I have some information for the stat guys. Well its been good and I will see myself out of this draft with this nice pick.

Read & React: Reliable instincts for the position. Diagnoses the play and accelerates quickly to the ball, showing little wasted motion. Understands his role as the last line of defense and takes good angles to limit the damage.

Man Coverage: A bit high in his backpedal, but can flip his hips to turn and run with receivers. Changes direction quickly enough that he was often asked to drop down as a nickel cornerback and appears to have the fluidity and break on the ball to do so at the next level. Good hand strength to press at the line of scrimmage. Keeps his hands on the receiver at the start of his route to disrupt timing with the quarterback. Quick, active hands to fight with the receiver as the ball arrives. Good ball skills (14 career INTs).