Over the course of the next few days, we're going to be posting official predictions from the Arrowhead Pride staff. That includes myself, Chris Thorman and Matt Conner.

Up first is Matt Conner.

The first taste was enough to tell what's coming next. Last year's draft featured an unlikely top three draft choice in Tyson Jackson -- not at all that he wasn't a good player, a good pick or a possible defensive anchor down the road. It's just that Scott Pioli tipped his cards enough to show that more things matter than just talent OR team needs.

Finances also matter. That's why the Don won't choose to make a player with zero NFL experience the highest paid safety in the league. And unless the franchise flips Brian Waters for some draft goodies, o-line won't be the destination either. 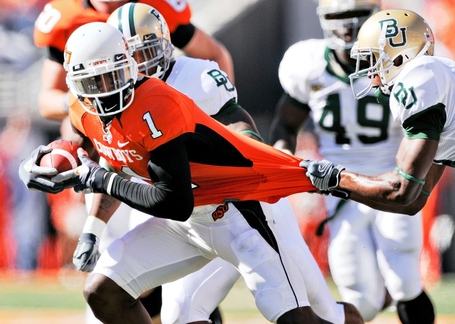 Instead, it's my belief Dez Bryant will be the name on the card come No. 5.

It's a need. The talent level is there. And finances can justify this much more so than a safety.