With The 44th Pick In The Arrowhead Pride Mock Draft, The New England Patriots Select...

Share All sharing options for: With The 44th Pick In The Arrowhead Pride Mock Draft, The New England Patriots Select...

stag with the pick...

Now that Tebow is off the board, I really didn't know whom to pick for the Patriots.

The good news is, if I get this pick wrong, I have two more chances in the 2nd round.

Getting Odrick in the first now allows Billy B to focus on skill players with the 3 second round picks.

Improving the pass rush is a huge priority for the Pats this year, and of course the "Patriot Way" takes a lot of pride in building the front 7, and they've been trying to rebuild the linebacking corps.

While my draft pick "t'aint" Junior Seau, he does have a chance to develop into someone just as feared.. 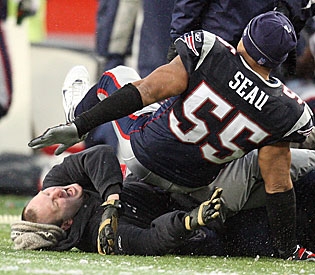 With the 44th pick in the draft, the New England Patriots select..... 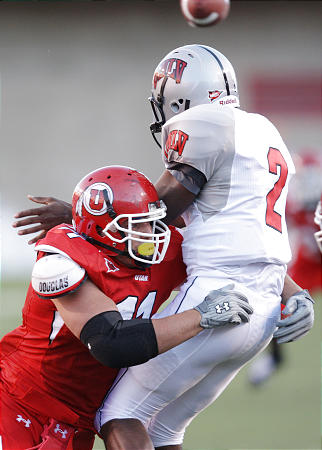 A pass rushing specialist (even though he didn't amass a ton of sacks at Utah) who played DE in college, also filled in at DT when needed... so he's versatile and tough, and seems to have what it takes to fit well with the Pats.

"He is a pick-your-poison type of athlete who is powerful enough to take on and shed a blocker on the spot and fast enough to run around you and chase down his victim. Put that together with excellent instincts, a high-rev motor and team-leader type personality, and this prospect should fit well on somebody's roster "

"03/18/2010 - NFL DRAFT SCOUT RISER: Koa Misi, OLB, Utah: Misi, a defensive end at Utah attempting to make the transition to outside linebacker, followed up strong performances at the Senior Bowl and Scouting Combine with an impressive Pro Day March 9. Misi, the No. 6 outside linebacker prospect by NFLDraftScout.com, looked good in positional drills and trimmed his short shuttle time from 4.30 seconds to 4.21. - Chad Reuter, The Sports Xchange, NFLDraftScout.com"