With The 39th Pick in the Arrowhead Pride Mock Draft, the Oakland Raiders Select...

Share All sharing options for: With The 39th Pick in the Arrowhead Pride Mock Draft, the Oakland Raiders Select...

mushin with the pick...

In the first round of the AP mock, I had the Raiders addressing their most glaring need by picking up the track star, err..I mean an offensive tackle Bruce Campbell to help keep Gradkowski healthy and Russell off the field. Oakland still can't be done with their offensive line work. The Raiders need at least one more offensive lineman.

If Mike Iupati or Maurkice Pouncey are still available at 39, the Raiders will be on them like a fat guy on ribs. Effectively banishing one of them to football hell for the length of his first NFL contract.

Whoever ends up in Oakland can look forward to being taunted and tortured by ridiculously dressed hell-spawn that even Rob Zombie would have had a hard time imagining. 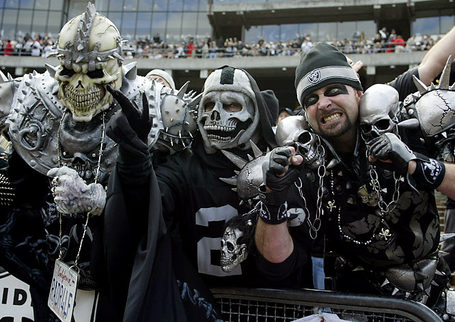 Luckily for Iupati and Pouncey, they are already gone in this mock. But someone must be sacrificed to allow Al Davis to feed.

That leaves the 3rd best Interior line prospect to suffer in the fire. With the 39th pick in the Arrowhead Pride Mock Draft, the Oakland Raiders select... 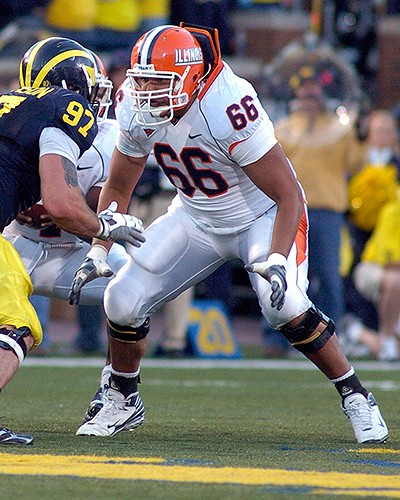 Asamoah is exactly what the Raiders need to shore up their shaky interior line. He is a versatile player who can play on either side of the center. If Robert Gallery has any kind of setback with his recovery, Asamoah can be plugged in day one as a starter.

Jon plays with a mean streak on the field, registering 267 knockdowns over the course of his career. According to CBS Sports, he only allowed 4 sacks and 4 QB pressures in the last two years.

Most people are sleeping on Asamoah because he was unable to perform at the combine. A shoulder blade fracture suffered at the Senior Bowl limited his combine appearance to interviews and measurements. He didn't participate in any of the workouts. How can you tell who the Raiders are going to pick without combine numbers?!?!?

"How fast can the man run?" is always the most pertinent question when discussing possible Raider draft picks. Asamoah may have missed the combine, but he was ready when the Illinois pro-day came along.

Jon was able to participate in private workouts on April 8th. Here's the numbers he posted in that workout, along with how his performance would have looked at the combine:

So the man can run, the man can block and it's an area of need. Jon Asamoah is Raiderific, and would be a pain in the Chief's ass for years to come. But I'm probably wrong here, and the Raiders are going to draft a late round prospect with great combine numbers at 39. Which is exactly what happened last year when Oakland took Michael Mitchell in the 2nd round.

Another possibility with this pick is Brian Price, DT, UCLA. I can't believe he's still on the board.

If the Raiders were smart:

When it's all said and done, if Al has half the football acumen he believes he has, the Raiders won't even have this pick. With the 39th pick in the NFL Draft, the Oakland Raiders SHOULD select... 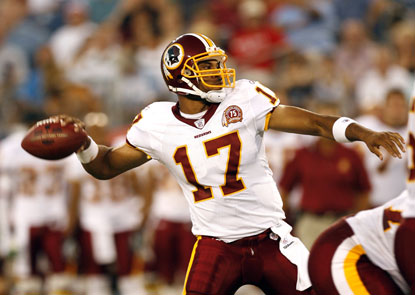 The Raiders should do everything in their power to end the QB quagmire they've been trapped in since Rich Gannon retired and trade the Redskins for their young QB. The Skins have the number 4 pick overall, then don't have another selection until the 4th round. Washington might settle for a 3rd round selection, but can Oakland really afford to waste another year debating Gradkowski vs Russell?

Campbell is a physically gifted QB with the big arm Al covets. He has shown flashes in his time at Washington, but has never had two years running with the same offensive coordinator. Al loves reclamation projects, and Campbell just makes too much sense. Which is probably why the Raiders won't do it.