Strangely enough, we Chiefs fans have been hearing about the Cardinals over the last year.

It hasn't been a good off-season so far for our friends in the desert. They've seen playoff wins, Superbowl appearances, how did they even get to those points?

Now he is gone, and do the Cardinals believe that Matt Leinart can continue their rein of success? If he has any chance to be successful he will need a long term solution at left tackle to protect his blindside, a solution they thought the found in Leonard Davis or Levi Brown.

That hasn't been the case. Leinart will need time to develop and it sure would be hard if he had two seconds to look down the field before being smacked. The reason this hasn't been a huge issue yet is because the had a future HOF taking snaps for the past few years.They will give Matt a shot so QB can be crossed off the list, and I don't think that they will find any tackle good enough to take here.Moving on, obviously Boldin will be missed but the Cards are pretty well set at wide-outs, so if they draft any help for Leinart it will be in the later rounds.

Karlos Dansby and Antrel Rolle are HUGE losses for this defense, but as much as they will miss them, the Cardinals have to address that gaping whole at NT. 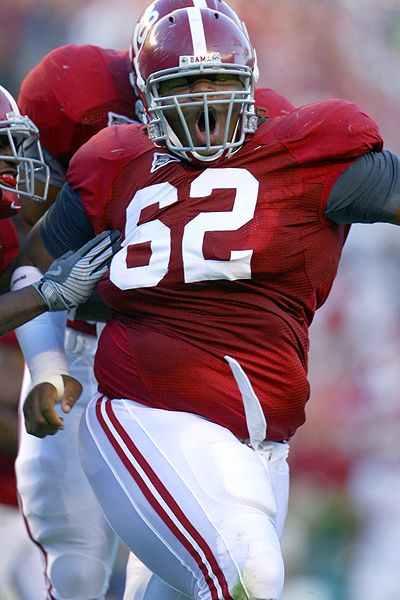 I personally wouldn't mind seeing him falling to us at the top of the 2nd round but I never seem to get what i want come Draft Day :( that aside, I believe that this will be a solid choice for the Cards. Cody is 6'5 360 lbs give or take a few pounds. But man can this kid take up blocks! how else do you think McClain was free to wreck havoc on opposing teams all season? Sure the could have gone in different directions like OLB Jerry Hughes out of TCU(whom I also wouldn't mind falling to us),but the Cardinals would be foolish not to take such a force at such a huge need .

Remember  that "whole" I was talking about earlier? I would pay money to see a gut in this draft that could fill it better than Mt. Cody!