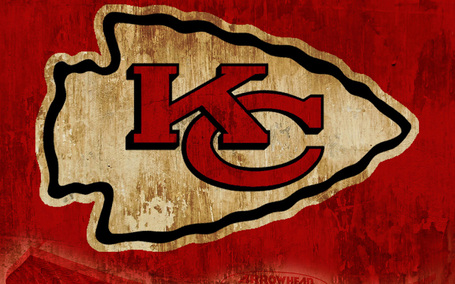 Hello, AP, and welcome to this Thursday edition of Arrowheadlines. We've gathered all of your Kansas City Chiefs news from across the internet. Read and enjoy.

The St. Louis Rams have the first pick in the draft. Our buddy John Czarnecki reports on FoxSports.com that if the draft were today, the Rams would take Oklahoma DT Gerald McCoy.

Over at ESPN.com, veteran NFL scribe Len Pasquarelli reports that the Rams scouts think Nebraska DT Ndamukong Suh is the best player in the draft.

And ESPN’s Adam Schefter reported last week that the Rams are zeroing in on Oklahoma QB Sam Bradford as the top choice.

So who to believe? I know all three of these guys and they don’t just throw junk against the wall and hope it sticks. Czar has inside sources with the Rams that he’s tapped for years. Lenny knows everybody in the league and Schefter’s stint at the NFL Network put him on the return call list for many decision makers in the league.

A Little Bit Of Everything … Thursday Cup O’Chiefs

After a long, cold winter, the sun is out, and the fun is just about ready to return. The weeks before free agency and the NFL Draft are by far the most exciting for any fan, especially for a team looking for redemption such as the Chiefs.

It’s the time when Chiefs fans dream of seeing their favorite players come to Kansas City. They check the internet for the newest, exciting acquisitions. There’s nothing like seeing a player you respect who previously played for another team holding up a red and gold jersey at a press conference. That feeling may only be rivaled by your favorite college player’s name being called by Roger Goodell in the first round.

Spring – it’s when Chiefs fans can start to dream again. It’s not just a time for the cold of winter to dissipate, or the bitter thoughts of another losing season to become distant memory. Rather, it’s a time to rejoice over what can happen.

The NFL Spring - A Time For Wishful Thinking from WPI

The Chiefs were busy on the transactions front Wednesday, just about 36 hours before the start of free agency in the NFL.

They released a pair of veteran players who finished the 2009 season on the injured-reserve list: WR Devard Darling and RB Dantrell Savage.

The Sporting News reported that among free-agent wide receivers, the Chiefs like Kevin Walter. The good news is he ranked third in the "hands" category which is great. The bad news? He's ranked #106 as a blocker.

If Haley cherishes blocking so highly why would he prefer the worst blocker in the league and pay more money on the open market to get him?

Now of course there remains the possibility that Chambers is asking for too much, but at 31-years-old and team's propensity towards frugality, even in a capless season, that seems rather unlikely. If Kansas City gave him a fair offer he would stay.

So now they can add wide receiver to their long list of needs.

I asked a poll question to most of you a month back about whether the Chiefs would re-sign Chris Chambers. Out of 134 votes, 88 percent said they would.

The clock is ticking people. It better happen in the next 36 hours.

Back from Indianapolis and the NFL Combine. It was a very intense four/five days of players, coaches and general  managers.

But it provided a lot of grist for the pre-draft mill and I’m sure there are plenty of questions about what went down at Lucas Oil Stadium.

So load it up between now and Friday at 5 p.m., hit me with your questions about the Combine and the players there and over t he weekend I’ll p rovide you with some answers.

Ask Bob – About The NFL Combine from Bob Gretz

University of Buffalo safety Mike Newton made a strong impression on NFL scouts during his campus Pro Day workout today, according to a league source.

Per our source, the Indianapolis Colts displayed the most interest of the dozen teams that attended the workout. Also showing strong interest in Newton were the Green Bay Packers, Philadelphia Eagles, Kansas City Chiefs and the New Orleans Saints.

Never trust anyone over 30. Shame on NFL executives for channeling the misguided mantra of 1960s radicals. When free agency starts at 9 p.m., half a dozen accomplished running backs just north of 30 years of age will be on the market: Thomas Jones, LaDainian Tomlinson, Brian Westbrook, Jamal Lewis, Chester Taylor and Larry Johnson.

All are looking for new teams, not because they can’t play at an elite level anymore, but their advanced age and high salaries make younger replacements more desirable.

Walcoff: Thirtysomethings not appreciated in football from The San Francisco Examiner

Goodell & Co. have parlayed that popularity into making the NFL viable 365 days a year. Everything — free agency, union/league labor discussions, and, yes, the combine — matters to even the most casual fans.

Those same fans cannot click on an NFL-related Web site (including this one) without finding comprehensive coverage from the combine. The NFL Draft isn’t simply an event; it has become a nationally televised spectacle, one for which networks spare no expense. It’s no coincidence that the draft’s popularity has coincided with the rise of the combine — and vice versa.

The point is, fans care about these things, mostly because they care more than ever about their teams. This time of year is when fan bases of all 32 NFL franchises have hope. Trust me, I’m a Chiefs fan. I know all about hope.

With state assessment tests looming, Osawatomie USD 367 students have been hit by a wave of preparation and extra lessons.

Well aware of the pressure these vital exams place on students, Trojan Elementary School Principal Jeff White is constantly reassuring and reminding them that he’s not looking for perfection, but he wants a solid effort. Still, it’s one thing to hear that from a principal, he said; it’s another to hear it from the mascot of a professional football team.

GlennDorsey72 All black everything.... Beautiful night to hang out... Prolly goin to tripple a who else goin?

JarradPage44 Terrible. SMH Lmao RT @geeeeeeeeoff @JarradPage44 what u think of @almighty31 and his rapping? lol that guy's crazy

JarradPage44 Lol i got that FIRE 4 u. Lol RT @almighty31 @JarradPage44 lmao. u dont wanna c me

Adam_Schefter RT @Dave_Gold what does a "tender" mean? ... Teams have seven days to match any offer player gets or get attached compensation in return.

JoshLooney RT @caplannfl: Palko is the QB that sent Joe Flacco packing from U of Pittsburgh.

JoshLooney At first, I thought the Chiefs had signed Shane Falco instead of Tyler Palko - http://bit.ly/d6jb0k

Adam_Schefter I don't disagree. RT @MoveTheSticks: I think we are going to see a lot of action on these RFA's. Trades are coming

JoshLooney you'll know when i know RT @BiiG_C50: @JoshLooney any word on DJ and Page getting tendered?

SI_PeterKing RT @SI_RossTucker: So the Raiders nickel back gets a 1 and a 3 but their presumptive starting QB gets a 2nd Rd. tender? That makes sense.

Adam_Schefter Work starts now and goes through a special midnight NFL Live - fear it might be a three-shave day.