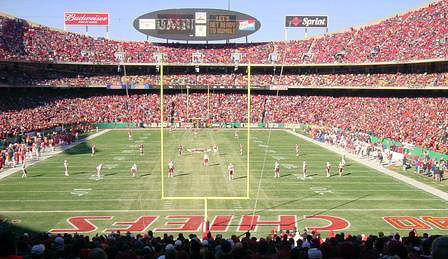 Since their arrival a year ago, Scott Pioli and Todd Haley have been all about remaking the Chiefs in their own image.

Pioli and Haley had little use for players like Tony Gonzalez, Larry Johnson, Bernard Pollard, Tyler Thigpen, Tank Tyler and Turk McBride, all of whom were seen as building blocks by the previous coach, Herm Edwards.

But one group of Edwards’ players is crucial to the efforts to turn the Chiefs into winners. Edwards’ final draft class includes Glenn Dorsey, Branden Albert, Brandon Flowers, Jamaal Charles and Brandon Carr.

The bad news for running back Thomas Jones: The Jets wanted him to take a pay cut after he rushed for more than 1,400 yards last season and when he declined to do so, they cut him. Now, he’s with the rebuilding Kansas City Chiefs instead of a team that made it to the A.F.C. Championship game last season.

The good news: The Jets still like him so much they took out a full-page ad in the main section of Sunday’s Kansas City Star to say thanks.

The ad, on Page A11 of the paper, featured a huge picture of Jones in his Jets uniform carrying the football. The ad read:

Right now – and there are no games being played in March – it looks like the team that came out the best in this entire scenario has been the Chiefs. They had a hole in the roster and they got the NFL’s third leading rusher from last season to help out Jamaal Charles. The Jets created a hole in their backfield by cutting Jones and it’s hard to see how they improved themselves by signing Tomlinson.

And just what the Chargers are up too remains to be seen. They tossed Tomlinson and scrambled at the last minute to make sure they kept Darren Sproles in free agency with a high tender offer, even though they’ve publicly stated they don’t view him as a full-time back.

Last year, the Chiefs found themselves pulled into the whole situation in Denver with Jay Cutler-Josh McDaniels-Matt Cassel. Nobody really got the best end of that little soap opera as the Broncos, Bears and Chiefs did not make the playoffs.

Now, they are part of this weird Jets swap with Jones and Tomlinson. It’s going to be fun to watch how this plays out during the ‘10 season.

It will go down as one of the worst draft day trades in the history of the NFL.

That’s all that can be said for the Cleveland Browns decision back in April 2007 to trade back into the late first-round of the NFL Draft so they could draft Notre Dame QB Brady Quinn (right).

On Sunday, the Browns traded the disappointing Quinn to the Denver Broncos for FB Peyton Hillis, a sixth-round selection in 2011 and a conditional choice in 2012.