Former Chiefs WR Jeff Webb Gets A Workout With The Ravens

Share All sharing options for: Former Chiefs WR Jeff Webb Gets A Workout With The Ravens 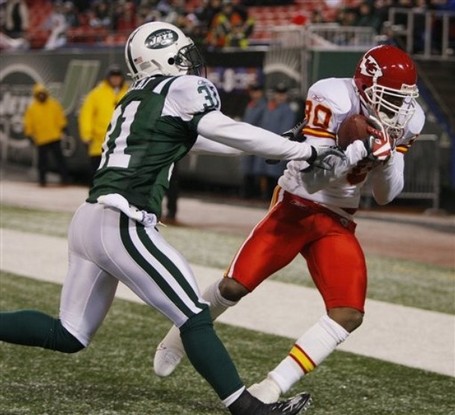 Per Aaron Wilson of the Carroll County Times, Jeff Webb worked out with the Baltimore Ravens last week.

Webb was a 6th round draft pick by the Herm Edwards led Chiefs in 2006. Both he and Edwards attended San Diego State.

The Chiefs released Webb on August 17th to make room for Ashley Lelie (who was also later cut).

On a side note, it appears someone has been messing with Webb's Wikipedia page.

His brother and cousin was also football players.(Justin Smith and Jonas Gray) He also has a cousin that lives in Michigan(Rickey Anthony Jr.)

Yes, they was football players.

Admit it. If you had a family member in the NFL, you'd do the same thing (hopefully with better grammar).