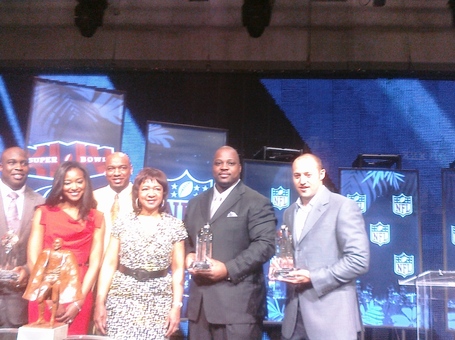 From a personal standpoint, I couldn't be happier to write this sentence:

KMBC 9 is the first to report the development citing a source close to the NFL.

I spent Friday morning in a Fort Lauderdale ballroom announcing Waters, Mike Furrey and London Fletcher as finalists for the award.

Clark Hunt, Denny Thum and other Chiefs officials were in attendance and, from the looks on their faces, they were proud to have Waters representing them.

This puts the Chiefs all by themselves with five Man of the Year winners, an NFL record.

Waters joins this elite crew of Chiefs to win the award: Len Dawson, Willie Lanier, Will Shields and Derrick Thomas.

Here's a photo of the statue: 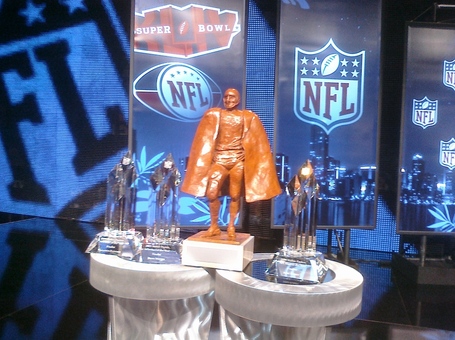 (H/T WTexKC for getting the first FanShot up)