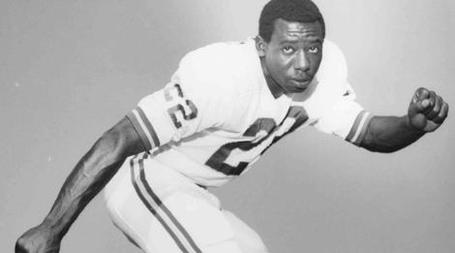 One of the reasons I love this time of year is because folks always tend to recall the first Super Bowl between the Green Bay Packers and Kansas City Chiefs. There's always a few new stories and accounts of the game from players that I read every year.

This year is no different. 43 years after Super Bowl I, Willie Mitchell, starting cornerback in Super Bowl I and IV, has experienced winning and losing a Super Bowl.

"You never forget the emotion and the pride you felt," the 69 year old Mitchell told David Flores of Kens5.com in San Antonio. "That never goes away."

He also said that he still gets a "nervous feeling in his stomach" when he sits down to watchin the Super Bowl.

Mitchell is actually the one that was covering Max McGee in Super Bowl I. McGee, a backup receiver, didn't think he would be playing much so he had been out partying the night before and broke curfew.

The starter went down, and seven receptions for 138 yards and two touchdows later...

"I had prepared for Boyd Dowler," Mitchell said in an interview a few years ago. "McGee was just tremendous. He made some fantastic catches."

Participating in Super Bowl I and IV....doesn't get much better than that.

(H/T oldchiefsfan in the FanShots)