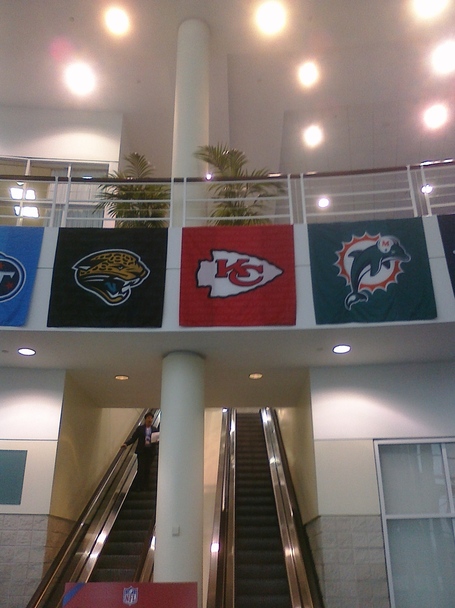 (Photo is one I took at Super Bowl XLIV)

Chuck Loomis, a Kansas City resident, has been a Chiefs season ticket holder since 1966. In fact, he bought his first color TV in January of 1967 to see the first Super Bowl featuring the Kansas City Chiefs.

Chiefs season ticket holders were entered into a drawing this season to win Super Bowl XLIV tickets down here in South Florida. Turns out, Loomis won.

So what exactly did he win?

Okay, as you know I'm at the Super Bowl right now. I know of one person here who dropped $900 on one ticket....and that was face value.  The best lodging deal I found was around $270/night....now do that four nights.

What I'm saying is that this is a very nice package and very expensive.

Kudos to the Chiefs for doing it right and including the lodging and stipend money.