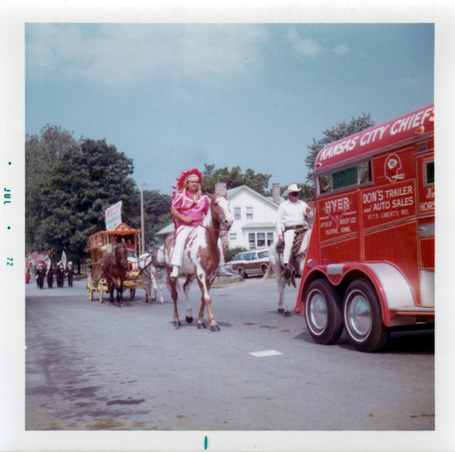 Here it is, another helping of Kansas City Chiefs news. Don't be shy, read up. Not a bad day for news. We have Warpaint, a Pioli interview, Free Agent evaluations and a little diddy about how the Raiders have 3 of the top payed players at their position and still suck. Life is good.

The Chiefs have 18 players on the list of free agents released by the NFL Players Association on the first of February. There could be additions by the start of free agency on March 5.

Here’s one man’s opinion on those 18 players and whether the Chiefs should let them move on, retain them, retain them only at the team’s price or wait and see how the free agent market rolls. The UFAs are listed with age in ‘10, seasons of experience in ‘10 and ‘09 base salary.)

"I’ve never been a guy who has cared about money," Cassel told the Kansas City Star. "Just because you have a dollar figure and that’s what you make, that’s not the kind of person that I am. I’m a down-to-earth kind of guy, and everybody knows that. I’m probably still one of the cheapest guys you’ll ever meet, to be completely honest.

Fans were once again treated to the thrill that comes from seeing a dynamic horse-and-rider team perform.

DeRouchey and Warpaint make their appearance before the crowd at the start of every home game when the "Warpaint" chant begins. Rushing onto the field from "the tunnel" come cheerleaders , flag-bearers and drummers . Then out of the shadows emerge Warpaint and DeRouchey.

With her long, blonde hair and the Kanas City Chiefs flag waving in the wind, DeRouchey takes Warpaint out to the 50-yard-line at a trot, followed by the Kansas City Chiefs football squad.

Now, the thunderous crowd is on its feet, and Arrowhead is filled with a near-deafening roar that rises to a crescendo when cannons are shot and fireworks light up the sky.

Three guys who are the highest paid players at their position, they are deserving of it, but where has that gotten us? Seven straight losing seasons.

Oakland: Where the Three Highest-Paid Guys at Their Position Get You 5-11 from Bleacher Report

Mike Vrabel should go.  There I said it.  Sure, Scott Pioli loves they guy and wants him back; Romeo Crennel too, however, he is a player who is descending and he should not be eating up valuable playing time at the expense of developing a quality starting outside line backer.

As you know, Mike Vrabel came to us last season via trade.  He was not too happy about it either.  He intimated the same during his initial interview(s) and did not exactly get to mini-camp and the offseason programs on time either.  That put him in my dog house, even if it didn’t with Pioli.

Once Mike Vrabel got into camp he went to work and appeared to do and say everything right.  Let’s be clear.  Mike Vrabel was important last season while implementing the 3-4 defense to our 4-3 personnel.  But how important is he this year?

All that said, it does not bother me one bit that McIntosh students loudly replace the word "brave" with the word "Chiefs" when the national anthem is played.

Not only does that exact same thing take place at every home game the Kansas City Chiefs play at Arrowhead Stadium, but fans of our very own Atlanta Braves even add an "s" to "brave" when the national anthem is played. I wonder if Carol has sent a letter to the Braves management about that?

The spirit McIntosh students have for their school is derived from their love and patriotism for America — I know that is the case with my son and his classmates.

MHS kids are patriotic from TheCitizen.com

Chiefs General Manager Scott Pioli, only a year on the job, has been somewhat of a mystery man to football fans around here and that’s partly by design.

The soon to be, 45-year-old Pioli, stopped by our studios for a lengthy and candid one-on-one interview.

He pulled no punches in addressing a number of subjects including why he has chosen to fly under the radar for the past year.

Pioli Holds Nothing Back in Exclusive Interview from NBCActionNews.com

JarradPage44 #shoutout to all the chicks on Twitter with more followers than money$ in the bank. Lmfao. Hahahahahaha

JarradPage44 Lmao. I'm glad u all liked that shoutout I gave earlier. Lol. Jus landed in Vegas. It's about to go down!! Hahahaha

almighty31 She told me she would c me again n get my number then. Also said she aint know. #menliewomenlie tell me wat she doin

ArrowheadPride @kb_kcstar Apparently "Food Wars", Travel Channel show, is coming to KC for Bryants vs. Gates. May have to use a sick day, Babbstar.

SI_PeterKing Here's why it's a disgrace if McKinnie is unpunished: Why would any Pro Bowler attend practice if it's clearly optional? Fine him, commish.

Adam_Schefter My friend @Mortreport thinks the Chargers could be trading CB Antonio Cromartie for a RB. http://tinyurl.com/yae6kku

SusanSF32: @thedavidcook Your vid blog was hilarious as always! It would be awesome for Packers to play the Chiefs for the Lombardy trophy next yr! LOL

selcotv: Watched a cool documentary on Hulu about the 1969 Chiefs and their Superbowl IV win. Something to tide me over till August and pre-season!

QueenJerrica: @D_Stallworth18 umm sir Id like an update soon please lol. Im still wishing for the chiefs to say we gettin you lol

nathanbyrne: #Chiefs GM Scott Pioli on #KSHB: "Never put your butt in front of your mouth."