Share All sharing options for: Lions DC Gunther Cunningham Is Keeping An Eye On The Young Chiefs 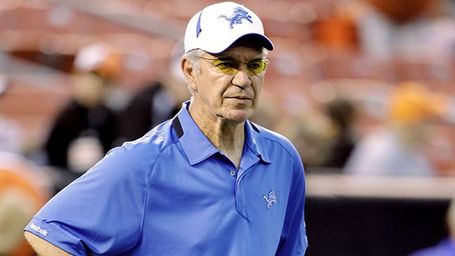 Gunther Cunningham coached the Kansas City Chiefs defense from 2004-08 before moving onto the same position with the Detroit Lions.

Towards the end of his tenure with the Chiefs, he was quoted a few times as essentially blaming the team's youth (among other excuses) on his lack of results on the field.

That was nearly two years ago, so those players are growing up.

Gunther said late last season of the exodus of Chiefs players that season, "I would like to be there to catch a lot of them, because I know a couple of those guys."

The Lions already claimed Turk McBride off of waivers.

Gunther said last year that he knows some of the Chiefs that were being shipped out upon the arrival of the new regime and said of them, "I really believed they were going to be good players, and I know I'm right about that."

Uh, Gunther? Your record as the Chiefs defensive coordinator the final five years were atrocious so I'm not putting much stock into your personnel evaluations.

Nicholas J. Cotsonika of the Detroit Free Press speculates DaJuan Morgan or Glenn Dorsey could be targeted by the Lions. The Chiefs would have a high asking price for Dorsey.

We previously reported that the Chiefs offered up Morgan in a trade to the Lions during training camp last year. Talks of moving Morgan apparently heated up again around the trade deadline as well.