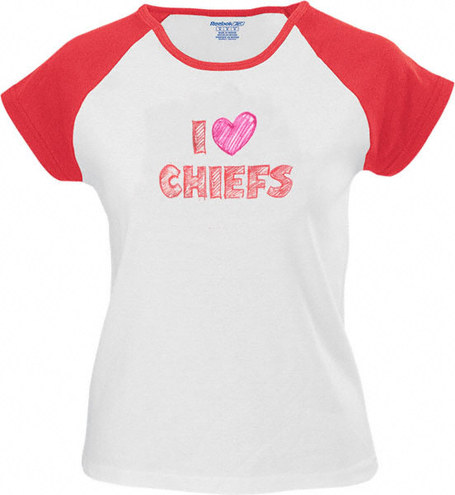 Happy Valentine's Day. Here's today's Kansas City Chiefs news from across the internet. I give it with love.

The Chiefs have won 10 games in the past three seasons, but Cassel said that hasn’t discouraged him. That’s why he took maybe one week off after Kansas City’s season ended last month. He rested for a few days, and then his mind began to wander again.

His body followed, and it led him to his car, and that took him to Chiefs headquarters. He watched game footage from the season, a particularly cruel thing for a man to do to himself. Then he went upstairs to meet with coach Todd Haley. Later, he’d meet with new offensive coordinator Charlie Weis, and they’d talk about the plays and the schemes that might help them all scratch an itch that doesn’t just go away.

When Cassel’s teammates scattered to their hometowns, Cassel passed on escaping to his native California and instead remained in Kansas City.

Chiefs’ Cassel back to work from KC Star

MY V-Day gift to you: an article by Jason Whitlock

Waters politely asked to be traded. His sour feelings toward his new bosses and desire to play somewhere else eventually hit the newspapers and talk radio. That created some anti-Brian Waters backlash among Chiefs fans who wanted to blindly believe in the new men (Chiefs fans did not know) in charge rather than give a respected, longtime member of the community the benefit of the doubt.

When it became apparent the Chiefs would not trade him, Waters chose the appropriate tactic. He did not engage Pioli and Haley in their foolishness. Waters ignored his critics within the Chiefs fan base, which is the equivalent of a kid ignoring his classmates when they call him a punk for walking away from a fight.

And Waters cut off communication with the media, focused strictly on doing his job and remained obedient to the professional, respected persona he’d built over a decade. Waters let his work do the talking.

So what happened? Who won?

Let’s turn to the 2009 scoreboard and evaluate who enhanced his reputation and who didn’t.

Waters rose above his Chiefs superiors from KC Star

October 11, 2009 was the day Miles Austin established himself as a big-league NFL wide receiver. In the first start of his four-year NFL career, Austin caught 10 passes for 250 yards, including the winning touchdown pass in overtime as the Cowboys beat the Chiefs. It was a record setting yardage day for the Dallas franchise and for a Chiefs opponent. It was the best receiving yardage day in the NFL last season.

Austin went on to have a Pro Bowl season, finishing the season with 81 catches for 1,320 yards and 11 touchdowns.

While he was in south Florida, he stopped by the Gatorade Performance Lab and I had a chance to sit down and speak with the native of New Jersey.

The first group of players will arrive on Wednesday, February 24 for the 2010 NFL Combine in Indianapolis. They will keep arriving and departing for the better part of seven days before everyone is done on Tuesday, March 2.

We will dig deeper into the Combine and the players that are in the house at Lucas Oil Stadium as we get closer to the arrival of the first, second and third groups. Featured among those players will be the offensive line, tight ends, and special teamers.

For now, these are the offensive players that have been invited to work out and meet with the teams.

Keep an eye on the Kansas City Chiefs amid the NFL maneuvering this off-season. The Lions certainly will.

"They keep wanting to dump players," defensive coordinator Gunther Cunningham said late last season. "I would like to be there to catch a lot of them, because I know a couple of those guys."

Gunther Cunningham, Lions on the prowl to capture some K.C. Chiefs from The Detroit Free Press

Having spent plenty of time tonight checking our archives, the only time that AA’s even said this would be a good idea was when our resident Draft expert, Merlin, came out saying that Okung was the best pick for positional value — and even that’s not a ringing endorsement.

So let’s call a spade a spade here. Give us a fair shake.

That said, the Okung pick is being targeted by virtually the entire Draft-o-sphere here on the Intertubes for reasons that, while AA has consistently disagreed, nonetheless do follow a line of logic. Let’s examine some of the reasons that Okung could quite conceivably be Pioli’s pick with the 5th overall.

After college came eight years of pro football, including two Super Bowls with the Kansas City Chiefs, before Garrett retired at 29.

He tried real estate and construction, went to law school and worked for the San Diego district attorney, then took an executive position at the Forum. Looking back, he wonders whether fate determined this winding path.

almighty31 RT @MilenciaStarr VALENTINES DAY IS CANCELLED! Apparently u told cupid u were sexy. He died laughing. Thanks a lot asshole. << thats funny

almighty31 I talk like this cause i Back it up

MrKolbySmith You see the ville on TNT. Holla back

almighty31 U kno its bad when u cold in the club

PTIShow If you like a great old-school sports column, read this through the last sentence. http://bit.ly/bX20Su

SI_PeterKing RT @JohnBurbach: @SI_PeterKing If there's a lockout in '11, would there still be a draft? ... Draft in 2011 is guaranteed.