The Greatest Kansas City Chiefs, By the Numbers: #45

Share All sharing options for: The Greatest Kansas City Chiefs, By the Numbers: #45

Make sure you take a close look at the write ups after the jump today. There are a couple of lesser known gems in this list of nearly twenty former Chiefs.

Check out the full write ups after the jump.

Baber was a 5th round pick by the Chiefs in 2001. He started two games and played in 29 games for the Chiefs before heading to Tampa Bay for his final NFL season. He had three receptions and one TD as a Chief. 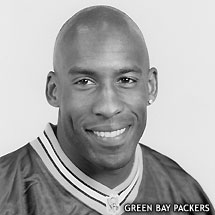 You probably know Bucky Brooks better from his contributions to the NFL Network and his writing at Sports Illustrated than from his time with the Chiefs. Drafted by the Bills in the second round in 1994, Brooks split time between five teams over 1997 and 1998. He played in six games for the Chiefs, registering no significant stats.

A true Arkansas man, Bryant was born in the Natural State and attended Arkansas University. He stated three games and played in 25 of them for the Chiefs in '82 and '83. He played in a few games in 1987 in what appears to be a "scab" role during the '87 NFL strike. 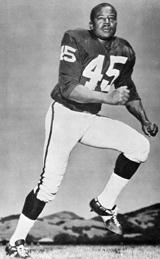 Grayson has a lot of potential to win this poll.

As a member of the Texans and Chiefs in the early 1960s, Grayson was a fantastic defensive back. Here's what Wikipedia has to say about him:

In 1961 he was signed as an undrafted free agent by the Dallas Cowboys, but because Tom Landry didn't have any room for him on the roster, Gil Brandt called Dallas Texans head coach Hank Stram to give Grayson a try.

He ended up making the team and played four years with the Dallas Texans/Kansas City Chiefs before joining the Oakland Raiders in 1965.

Grayson held the AFL record for longest interception return for a touchdown, 99 yards, against the New York Titans in 1961.

He had an interception off George Blanda in the Texans' classic 1962 double-overtime championship game victory over the defending AFL Champion Houston Oilers.

Grayson is definitely worthy of your vote today.

In four seasons with the Chiefs, Holmes had 16 total TDs and over 1,700 yards rushing.

Johnson had one season with the Chiefs sandwiched between time with the Redskins, Lions and Eagles. He played in seven games and started one of them at tight end. He had two catches for seven yards as a Chief.

He is currently the tight ends coach for the Minnesota Vikings.

Johnson played in 13 games for the Chiefs in 1988. He registered no significant stats before finishing his NFL career with three seasons in Washington.

A 6th round pick by the Chiefs in 1975 LaGrand played in 11 games and garnered 38 rushing yards on 11 attempts. He spent two games with the Saints that season two. It was his only NFL season.

Maxey was a 5th round pick out of the "U" and never really developed for the Chiefs. He was pretty much a complete bust, playing in only one game.

McNeil played sparingly over two seasons in KC, his only two in the NFL. He had 26 rushing yards on 8 attempts. 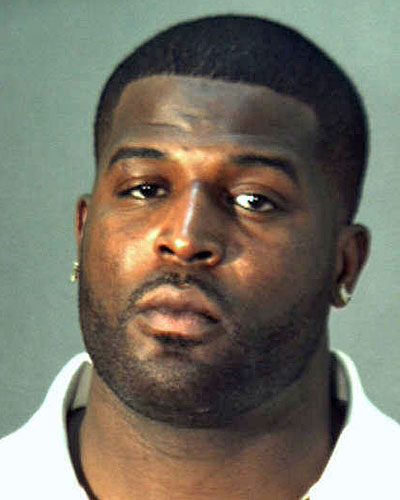 Merritt was drafted by the Chiefs in the 7th round of the 2008 draft and missed the entire season due to injury. He was arrested in February 2009 for possession of marijuana (his mug shot is above) and was subsequently released from the Chiefs a short time later.

Petry was a 4th round pick by the Chiefs in 1989. He played two full seasons in KC and then split time in KC and New Orleans in his third and final NFL season. He had three picks and half a sack for the Chiefs.

One of Stargell's seven NFL seasons was spent in KC. He had one pick for the Chiefs.

There are no registered stats for Talton's time in KC. He spent a little time in Detroit as well.

Thomas played two seasons in KC, registering 401 yards rushing on 130 attempts. He spent his third and final season as a Boston Patriot.

After being drafted by the Rams in the 12th round of the 1992 draft, Thompson started two games for the Chiefs in 1993. He had 28 yards rushing on 11 attempts before his NFL career ended.

Make sure you vote in the poll. Who is the greatest Chief to wear #45?

Who is the greatest Chief to wear #45?