Good morning Chiefs fans! Here are your links for this morning:

Kansas City Chiefs - Insider Blog: First-And-Ten
The NFL’s/ESPN’s decision to keep players mic’d up during the game for live feedback as plays developed may have been a bit risky, but it brought an interesting element to watching a meaningless game. Ray Lewis wearing a live microphone is almost like buying a Pro Bowl DVD and clicking the "behind the scenes/making of the Pro Bowl" tab in the special features section of the main menu.

Chiefs News Chiefs Update | Chiefs Football at BobGretz.com
In almost 35 years of covering professional football in some manner, I had never been to a Pro Bowl. That changed Sunday night at Sun Financial Stadium, where the AFC beat the NFC 41-34. And, that was enough. I don’t need an encore. Turns out I was missing nothing but a lot of bad football. 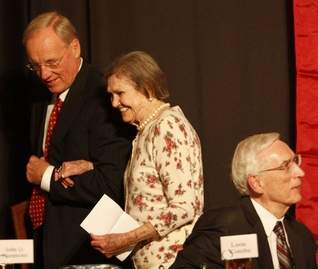 Latest class enters Missouri Sports Hall of Fame | News-Leader.com | Springfield News-Leader
The pair of 2010 Missouri Sports Hall of Fame inductees were both part of the AFC team for the 1988 Pro Bowl, Winslow a tight end nearing the end of his career with the San Diego Chargers and Schottenheimer the rising coach of the Cleveland Browns who would go on to coach the Kansas City Chiefs, Washington Redskins and Chargers.

Jamaal Charles Is Not In The Pro Bowl. This Is A Sad Thing. - SB Nation
The man turned 190 carries into 1,120 yards in 2009, good for 5.9 yards per carry. He also performed double duty as the Chiefs' kick returner, and finished 10th in the league in average yards per return. The guy is an absolute delight to watch, as he's among the very fastest running backs in the league. He's the sort of offensive spark plug that the Chiefs haven't seen since circa-2003 Dante Hall. During the season, it seemed as though Arrowhead Pride was singing his praises in every other post.

Scout.com: Lessons From A Dynasty
Since the Baltimore Ravens eliminated the New England Patriots a few weeks back, a great deal has been said by both fans and media alike about the alleged end of the Patriots’ dynasty. This issue was something of a hot topic in New England after the Patriots’ season abruptly came to an end. But with three key elements from the Patriots’ glory days now wearing the red and gold of the Chiefs, the issue is also of importance in Kansas City.

How the Championship Offensive Lines Were Built | democratandchronicle.com | Democrat and Chronicle
LG Ryan Lilja: Acquired off waivers from Kansas City Chiefs in September 2004 ... originally signed by Kansas City as an undrafted free agent.

It takes a genius to complete a long pass in the NFL - KansasCity.com
"These guys" are the elite quarterbacks in the NFL. Two of them — Manning and the Saints’ Drew Brees — are expected to fill the Florida air with long passes Sunday in Super Bowl XLIV. While football players are often called dumb jocks, some think genius is a better name for these quarterbacks.